aA
The biggest fashion design contest in the Baltic States “Mados infekcija” (the Fashion Infection) is providing an opportunity for talented fashion designers to present their work on the great catwalk for the 11th time – by participating in the contest “Injekcija” (the Injection). The winners of the contest, traditionally taking place in autumn, will show their collections in the festival “Mados infekcija” (the Fashion Infection) 2018 in the spring of 2018. This year’s theme for “Injekcija” (the Injection) is time.
Sekite svarbiausias naujienas socialiniuose tinkluose! 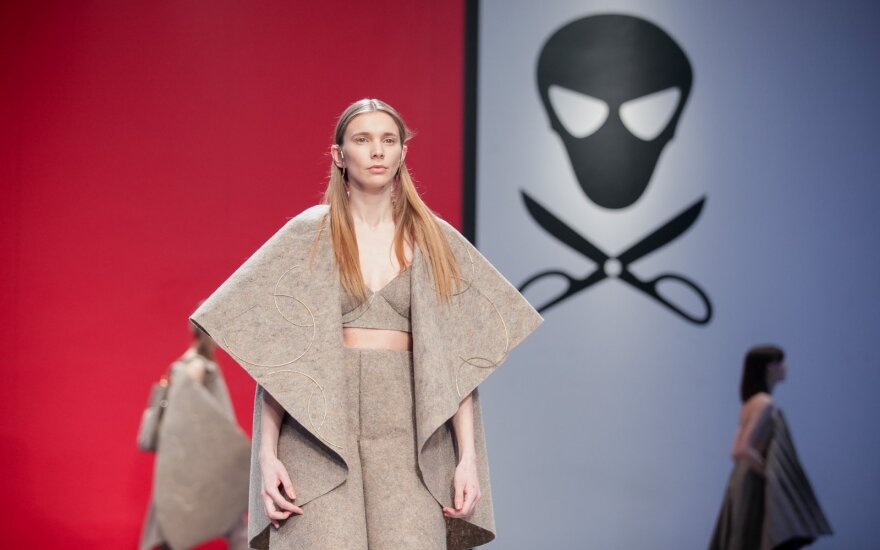 Both professional fashion designers and students are invited to participate in the contest as long as their collections have not been shown in the contest "Mados infekcija" (Fashion Infection) in the past. People who want to participate have to fill in an entry form at www.madosinfekcija.lt by the 31st of September 2017. One more important date to be noted is the submission of sketches to the jury - by the 20th of October. On the 7th December the talents selected by the jury of professionals will already participate in the demonstration event, where they will have to present 5 designed models of their collection.

"Mados infekcija" (Fashion Infection), celebrating its 20th anniversary, is more off the wall than ever before (after all, it is a big anniversary). It is not by chance that we have chosen the theme of time for the contest "Injekcija" (the Injection). All the ideas are in the constant time spiral, whereas their expression is also manifested by what is closest to our body, i. e. clothes we wear. The innovations of costume design, based on the truths, having been fostered some day, each time confirm their relevance and vitality by new revival. Therefore, this year we, as usual, look to ask a brave question: "And what is the time shown by your clock?" Every fashion designer, participating in the contest, is free to improvise", - says the Creative Director of the festival Sandra Straukaite.

Participants will be evaluated by the team of professionals, which will include well-known fashion designers, artists of the country, etc. The most important criteria, according to which winners will be selected, is the conceptuality of the collection, the relevance of idea, as well as innovation and creativeness.

About the contest "Injekcija" (Injection)

"Injekcija" (the Injection) is the contest that searches for new talents of the fashion world, which started in 2008. There have already been about 600 application forms submitted by young designers in the past nine years; more than 140 finalists have been selected. "Injekcija" (the Injection) helped to discover the currently most famous fashion designers in the country, such as Ieva Daugirdaitė, Diana Paukštyte, Eglė Žiemytė, creative block "labàdienà" (Good day)", Diana Kuzmickaitė and Aušra Urbanavičiutė, Marija Popadnicenko, Dainius Bendikas and Benas Staškauskas and many more.