BNS EN
aA
A court on Wednesday issued a three-month arrest warrant for Egidijus Anupraitis who is suspected of shooting dead his parents, grandmother and uncle. 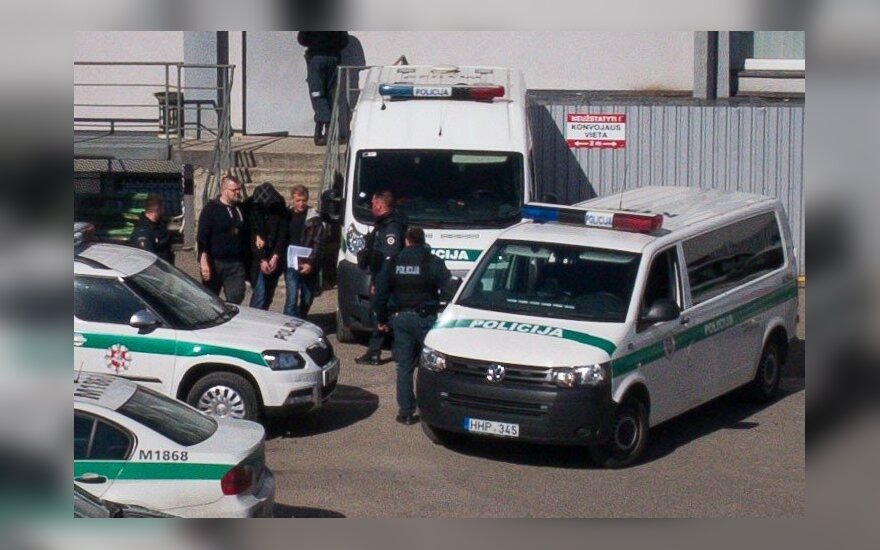 The Kaunas District Court granted a prosecutor's request for the 26-year-old man's arrest because of a high risk that he might flee the country.

Also, the court noted that since the man does not admit his guilt, he might attempt to influence witnesses or destroy evidence if released.

"The suspect's behavior shows that he is dangerous to the public. He may commit new crimes," Judge Audrius Meilutis said while explaining the reasons for the suspect's arrest.

Anupraitis says that he cannot remember the circumstances of the murders, but he does not deny that he was at home when the shootings occurred, the man's lawyer, Valteris Alekna, told reporters on Wednesday.

According to Auksė Lipkevičienė, the prosecutor, law-enforcement officers have no information about any rows in the family and have found no motive for the murders.

Although the suspect communicates coherently, psychiatrists will be asked to evaluate his mental status, she said.

Anupraitis is suspected of fatally shooting his mother, father, grandmother and father's brother. Their bodies were found in the family's home in a village in the district of Kaunas on Monday, but the shootings are believed to have occurred on Saturday evening.

The suspect's grandfather was found with a gunshot wound in his leg and was taken to a hospital.

Law-enforcement officers say that at least 21 shots were fired at the victims.

The suspect was detained at a bus station in Marijampolė, in the southern part of the country, on Tuesday. It is believed that he wanted to go abroad. The man had a firearm he was licensed to possess for self-defense.

Prosecutors have doubts in mental state of family shooting suspect

Lithuanian prosecutors say that they have doubts about the mental state of Egidijus Anupraitis, 26,...

A Lithuanian man suspected of killing four members of his family has been detained, police said on...

Lithuania's authorities have launched an international search for a 27-year-old man suspected of...