BNS
aA
The European Commission has acknowledged that the measures Lithuania took against Russian-language TV channel RTR Planeta were well-founded as its programmes incited to hatred. 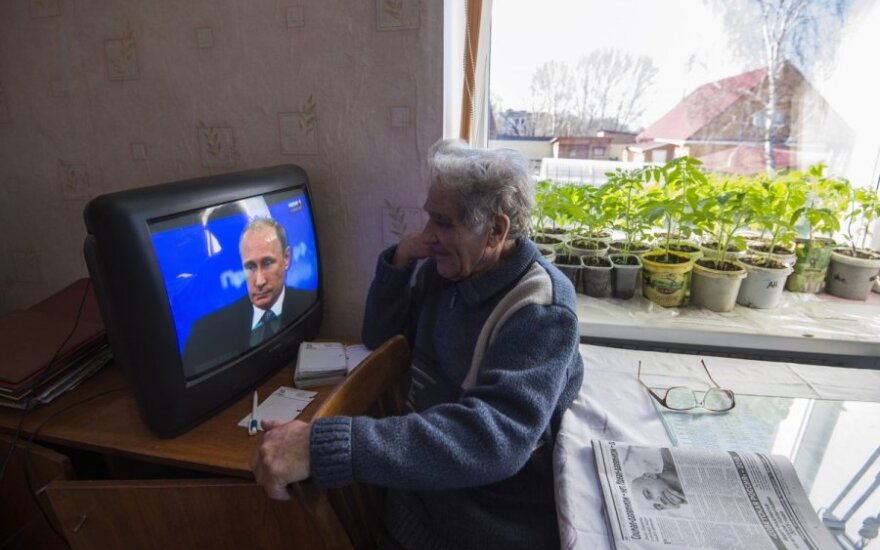 "Lithuania has therefore sufficiently demonstrated that there have been infringements of manifest, serious and grave character of the prohibition of incitement to hatred," The Commission said in its decision, a copy of which has been received by BNS.

The document states that "the measures taken by Lithuania are not discriminatory and are proportionate" to ensure that hatred is not incited in the media.

The decision was announced on July 10 by European Commissioner for Digital Economy and Society Guenther Oettinger.

The Radio and Television Commission of Lithuania banned rebroadcasting of Sweden-registered RTR Planeta from April 13 until July 13 as the Lithuanian media watchdog ruled that its programmes incited to war and hatred and violated the Law on Provision of Information to the Public.

RTCL chairman Edmundas Vaitekūnas told BNS on Tuesday the EC has made such a decision for the first time and therefore the precedent has been set.

"We will now feel very strong in court in case of such decisions since we've create a precedent with this decision. Now it's clear that the decision was right and in compliance with all procedures," he told BNS.

According to Vaitekūnas, the majority of these decisions were later appealed in court. And the majority of appeals were lodged by the UK-registered company BMA that owns Ren TV Baltic and NTV Mir Lithuania.

Critics of TV channel bans say one cannot fight Russian propaganda with bans and censure and that more attention should be given to improving quality and quantity of information.

OSCE Representative on Freedom of the Media Dunja Mijatovic has also spoken against TV bans.

The three-month ban to rebroadcast the Russian-language TV channel RTR Planeta in Lithuania has expired.

Media watchdog will not impose sanctions on NTV Mir Lithuania

The Radio and Television Commission of Lithuania has not established any gross violations by the...

Lithuania should not follow the Ukrainian example of banning Russian -language television channels...