The 2015 Blossom of Hope Charity Gala organised by IWAV, the International Women’s Association of Vilnius, took place in the Merchants' Club on May 30 in the Lithuanian capital and was a resounding success. 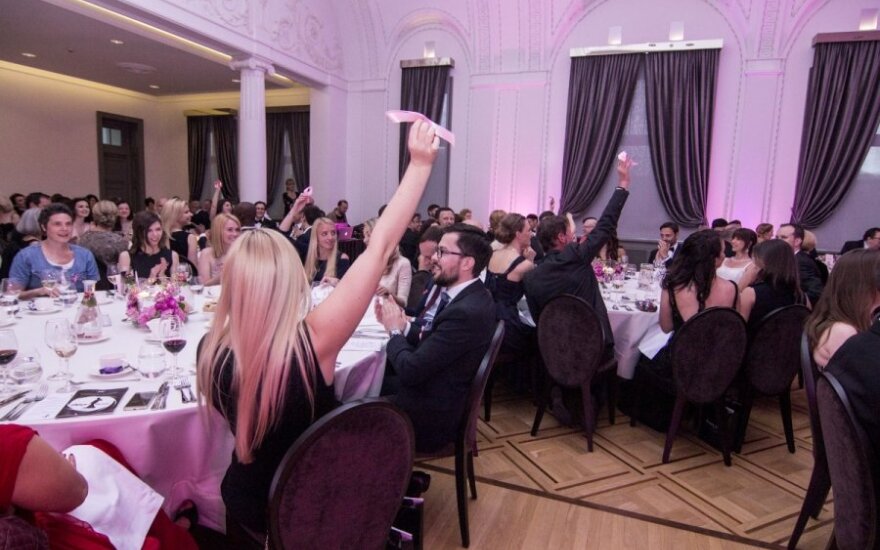 The event was the seventh of its kind organized by IWAV, and supports women fighting breast cancer in Lithuania. The proceeds from the event are donated to purchasing biopsy needles and breast markers to aid the early detection of breast cancer in the Lithuanian cities of Vilnius, Kaunas, Klaipėda and Šiauliai.

The 2015 Blossom of Hope gala was influenced by the James Bond series, with guests’ tables taking their names from films and books from the spy franchise.

During the live auction, guests were able on a luxurious weekend at the Kempinski hotel in Budapest and in a luxurious apartment in Rome, a private and chic Beata Nicholson cookery party, unlimited gym membership at JC Sport, a bracelet from world famous jewelry house Freywille, and fabulous facial treatments by La Prairie.

According to IWAV President, Benita Guillaume, the 2015 event exceeded all expectations.

“Being a Lithuanian I am very pleased to see foreign women residing in Lithuania willing to help Lithuanian women with their health problems,” she said.

“IWAV members volunteer their time for a worthy cause, and I am especially happy it is not a onetime campaign.”

Each year the event attracts around 150 attendees, and since 2009 IWAV has spent €82,000 on the purchase of biopsy needles and breast markers.

The Merchants' Club in Vilnius will host the seventh consecutive Blossom of Hope gala, organised by...

Ambassador’s wife Sarah Hunt: All Lithuanian women should have access to the best available treatment

The International Women’s Association of Vilnius (IWAV) mixes charity with a twist of James Bond,...