BNS EN
aA
Scientists from the United States are continuing archaeological tests in Lithuania in search of traces of Jewish culture and history – a Canadian filming crew arrived in Vilnius with the scientists to film a documentary for Britain's national broadcaster BBC. The feature is expected to premiere in the fall of 2018. 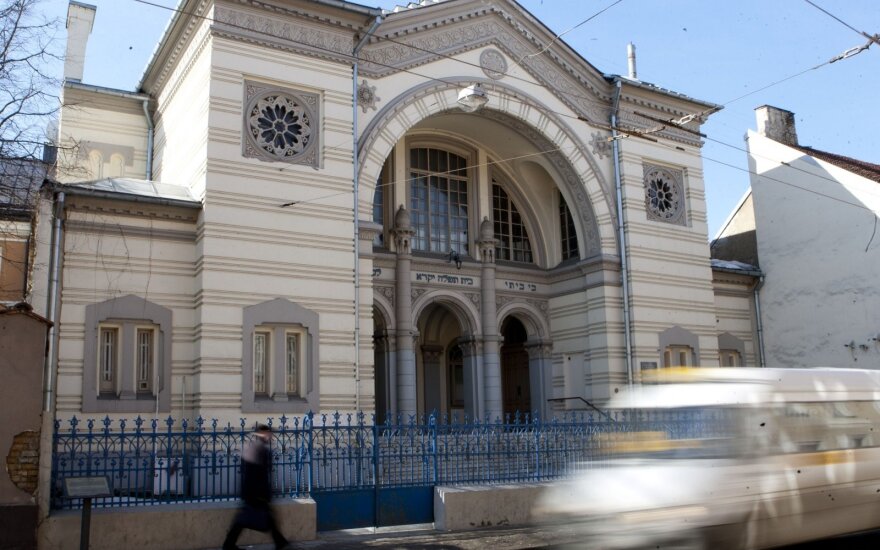 The team of scientists headed by Hartford University (US) professor Richard A. Freund spent a few weeks in a few locations in different parts of Lithuania: the Kaunas forts, the Vilnius great synagogue and the former Jewish labor camp on Subačiaus street in Vilnius, searching for hiding places in the latter place. A former Nazi camp for war prisoners in Šilute was also analyzed.

Related articles
US scientists working in Lithuania to specify locations of Jewish graves
March of Living: it's important to remember both collaborators and Jew savers

The scientists, due to wrap up their work later this week, conducted the tests by way of non-invasive geophysical methods, which enabled them to make unexpected discoveries without tearing down the existing buildings.

The scientists were accompanied by a six-member filming crew in Vilnius – the Canadians focused on the German army's technical repairs shops that used to exist in buildings 47 and 49 on Subačiaus Street in Vilnius.

Freund told BNS the camp had been set up by Nazi engineer Karl Plagge who also rescued over 1,000 Jews from the genocide.

"This is a Nazi major, engineer, who ran a car repair company for Nazis in Vilnius, Subačiaus Street. In these to buildings, he brought 1,257 Jews – men, women and children – he saved them from the liquidation of the ghetto. He brought them here, they were mending uniforms, repairing cars. Basically, we call him an Oscar Schindler of Lithuania because his efforts was almost unparalleled," said the professor.

In these two buildings, the scientists managed to discover one of the many Jewish hiding places, also known as malinas, by way of geophysical methods without destroying any walls. The filming crew captured this on tape.

"We had many interviews, we had one survivor that came from Boston – he is here right now, his name is Sidney Handler. He was a child who was hiding in the attic. He survived with his mother who helped to bury the people. He was ten, now he is, I think, 85. We were interviewing everybody in Richard's group who were doing tomography, topography, sending the drones, taking and analyzing photos. Basically we were looking for two things: burial sites and malinas, hiding places. And we have already found one today," producer from Canada Felix Golubev said.

In his words, more people including prominent Litvak artist Samuel Bak were interviewed for the film. Part of the filming will be done in the United States, with the documentary first shown in Canada and later on BBC.

"We're gonna finish the film probably by January of 2018 but probably it will go on air closer to the fall of 2018," said Golubev.

In cooperation with scientists from Israel, the United States, Canada and Lithuania, Freund did tests on Žydų Street a year ago – it used to be the location of the great synagogue between 1600s and 1950s. By removing the upper layer of the soil, archaeologists then aimed to determine the specific boundaries and details of buildings but moved further this time – unearthed the earlier premises of ritual baths.

"We found these two very large structures, there were in the bathhouse, called ritual baths or miqva'ots. We found thousands of thousands of artifacts, as well in the changing rooms and in the rooms of the bathhouse: coins, glass, glass bottles, glass perfume bottles, personal affects, metal, ceramics, tiles - every single type of aspect of the daily life of people," said the professor.

The Jewish Community of Lithuania suggests establishing a cultural museum in the territory of the...

Leadership elections held in a few offices of the Jewish Community of Lithuania past spring resulted...

Lithuanian Jews are in a row over Wednesday's election of the leader of the Vilnius Jewish Community...