(1)
aA
A six-part television series based on Leo Tolstoy‘s novel War and Peace has begun filming in Vilnius. The series is being made by BBC Cymru Wales Drama, in partnership with The Weinstein Company and BBC Worldwide/Lookout Point. 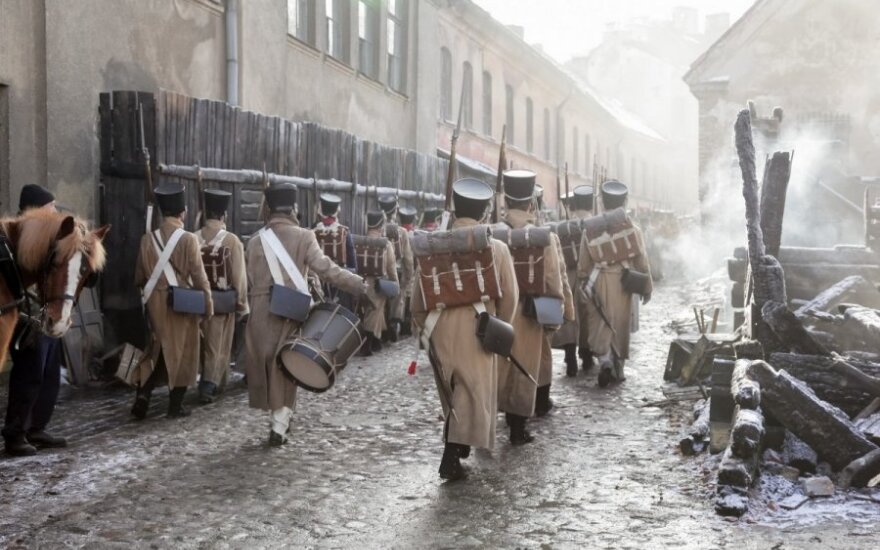 Julia Stannard, Producer of War and Peace, said: “Filming is going extremely well in Vilnius. Everyone is being really helpful and supportive and we have been made to feel so welcome in this beautiful city.”

Filming will take place in various locations around the Old Town of Vilnius, in buildings, in courtyards on the streets and also in the Trakų Vokė mansion. The Vilnius Film Office apologizes for any inconvenience closings of streets may cause.

“We are extremely pleased that the BBC has chosen to shoot in Vilnius. With thousands of Lithuanians participating in the filming and a local spend of approximately 7 milllion euros, it‘s great for the city, our entire service industry and all of our film professionals,” said Vilnius City Mayor Artūras Zuokas.

“Vilnius welcomes the BBC and this new production of War and Peace. We are doing everything possible to assist in making it go as smoothly as possible. Having the production in town has generated a lot of excitement. Our film professionals are involved and engaged completely in the project and I am sure that it will be very successful,” said Ms. Jūratė Pazikaitė, the director of the Vilnius Film Office.

The story of four aristocratic families is being filmed mainly in Lithuania. Shorter segments are also being filmed in Latvia and Russia. The local production company in Lithuania is Baltic Film Services. The series is scheduled to air in 2016.