BNS
aA
Lithuania's residents and historians believe that the three figures with the main contribution to the country's statehood over the past century include Jonas Basanavičius, the father of national rebirth, Supreme Council Chairman Vytautas Landsbergis and interwar president Antanas Smetona. 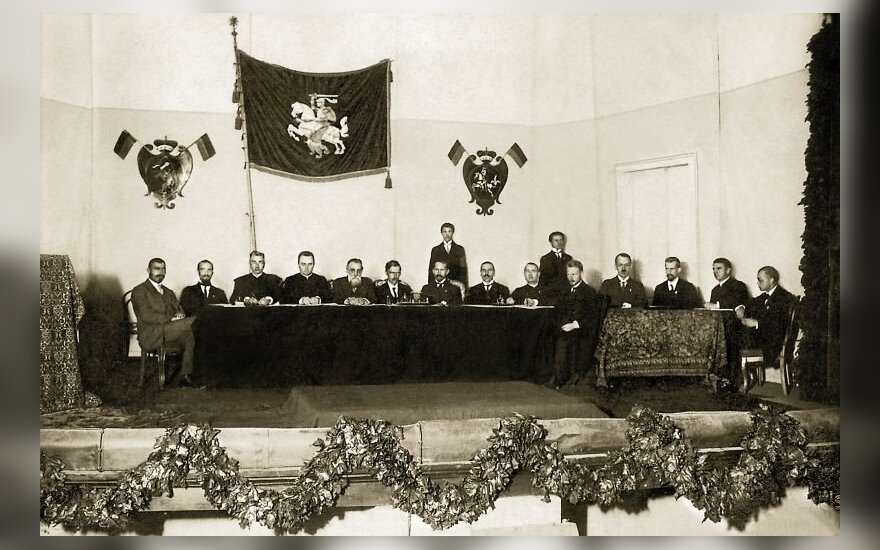 According to the poll, the list is continued by former president Valdas Adamkus who made a major contribution to Lithuania's membership in the European Union (EU) and NATO, followed by guerrilla chief Jonas Žemaitis – Vytautas, a fighter against the Soviet occupation.

Related articles
Poll: presidents, that Lithuanians value the most
Vidmantas Valiušaitis. Regarding Škirpa - my Dear Mayor, the truth is rather to the contrary  (1)

The list was made by the news agency BNS Lithuania at the start of 2018, the centennial anniversary of Lithuania's statehood, based on opinions from 30 Lithuanian historians and a public opinion poll.

On the list, the sixth position is occupied by former president Algirdas Brazauskas, ahead of Mykolas Krupavičius, a priest, the leader of Christian Democrats and the author of the land reform of the 1920s, followed by interwar presidents Aleksandras Stulginskis and Kazys Grinius, while dissident bishop Sigitas Tamkevicius completes the list in 10th.

Basanavičius – Father of Idea of Statehood

Basanavičius, the leader of the Lithuanian national rebirth of the 1900s and the initiator of the Great Seimas of Vilnius, presided over the meeting of the Council of Lithuania that adopted the Feb. 18 Independence Act in 1918. He was chosen by 22 of the 30 interviewed historians and by 43.1 percent of polled residents.

"Basanavičius is clearly the father of the idea of the modern national statehood of Lithuania. It was Basanavičius who, while living in emigration in Bulgaria and the Czech Republic in late 1900s, formulated and published the political thought that Lithuania can and should be a fully independent and sovereign national state," historian Algimantas Kasparavičius told BNS.

Landsbergis headed the 1990 session of the Supreme Council that passed the March 11 Act on Restoration of Lithuania's Statehood and resisted Moscow pressure in following two years and fortified the statehood. He later worked in the Lithuanian Seimas and the European Parliament. Landsbergis was listed by 25 of 30 historians and 18.6 percent of polled residents.

"In the historic memory of Lithuanians, Landsbergis probably already emerges as a certain successor of Smetona – the man behind March 11 and therefore appears as the clearest political flag of the end of the 20th century and the Lithuanian liberation movement," said Kasparavičius.

Smetona, the interwar president, was put on the list of centennial figures by 17 of the 30 historians and 31.3 percent of polled residents. In the historian's words, Smetona shared the thoughts of Basanavicius and was his most gifted student.

"During the 15 years as the president of the state, Smetona laid the foundation for Lithuania's modern political philosophy and, I can say, built the modern political world that is almost liberal. Furthermore, it was Smetona who is the man behind today's territorial integrity, definition and borders of the Republic of Lithuania. Without Smetona, we would be living in a Lithuania that would be far different geopolitically," said Kasparavičius.

In the surveys, residents and historians were presented an identical list of 15 personalities and an identical question: "We ask you to elect the person of the century on the centennial anniversary of Lithuania's statehood. Which of these personalities of the 20th and the 21st century do you think made the biggest contribution to Lithuania's statehood? You can choose between one and five individuals and propose your entries."

In the final list, the places between 11 and 15 are taken by Lithuania's diplomatic service chief Stasys Lozoraitis senior and interwar politicians Ernestas Galvanauskas, Mykolas Šleževičius, Augustinas Voldemaras and Steponas Kairys.

Lithuania's incumbent President Dalia Grybauskaitė and other active politicians were not included in the list.

The recent assertion by the Mayor of Vilnius, Remigijus Šimašius , regarding the Lithuanian...

Lithuanity today: will we vanish or will we survive

The foreign ministers of Lithuania and Germany will Thursday sign an agreement on handover of the...