the Lithuania Tribune, DELFI
aA
The Baltic Pride is returning to Vilnius this June. The third LGBT pride event in the Lithuanian capital is for the first time taking place without express opposition from politicians, although the election year could prove a hot background for discussing LGBT rights. 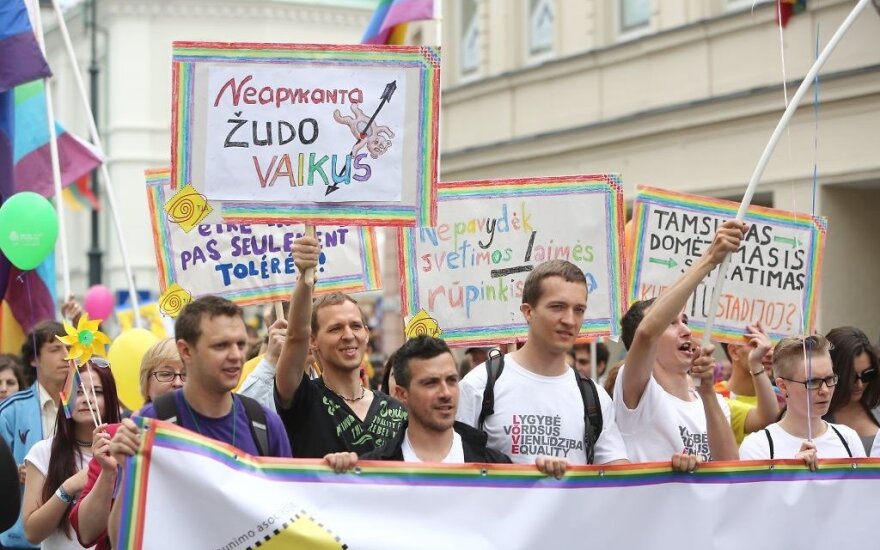 The Baltic Pride is an annual events that rotates among Lithuania, Latvia and Estonia. This year, a week-long programme of events will focus on LGBT rights in Lithuania and will include a human rights conference, a film festival, meetings with LGBT right activists and, obviously, a pride march along the central street of Vilnius.

Tomas Vytautas Raskevičius, human rights policy coordinator at the Lithuanian Gay League (LGL), the main organizer of Baltic Pride, says that the march will not be the only focus of this year's events.

“The aim of the festival is to voice concrete demands related to the rights of all LGBT people. We are focusing on two demands this year. First, to challenge the discriminatory Law on the Protection of Minors which limits positive information about LGBT people. Second, to encourage discussion about legal recognition of same-sex couples in Lithuania,” Raskevičius said.

The motto of this year's Baltic Pride is "We are people, not propaganda", a reference to a comment made last year by Justice Minister Juozas Bernatonis who said that LGBT rights were more of a propaganda issue than an actual concern.

Several internationally known LGBT activists are speaking at an event titled Pride Voices, which will be held in the Russian Drama Theatre of Lithuania. Former Prime Minister of Iceland Jóhanna Sigurðardóttir, Vice President of the European Parliament Ulrike Lunacek and the Polish priest who shook up Vatican, Krzysztof Charamsa, are among the speakers.

Charamsa is a former Vatican official who came out as gay last year. The priest wanted to challenge “the paranoia of the catholic church regarding sexual minorities”.

The parents of Matthew Shepard, a 16-year-old American boy who was killed in a hate crime attack, are coming to introduce a documentary film about their son whose story inspired anti-hate-crime legislation in the United States.

The annual Vilnius LGBT* festival "Kreivės" will be part of Baltic Pride this year, offering free screenings of LGBT-related feature and short films, discussions and cultural events, including an art exhibition.

The Vilna Gaon Jewish State Museum Tolerance centre will host a conference on legal recognition of same-sex partnership. The event will include speakers from Canada, the USA, the Republic of South Africa, Lithuania and other Baltic countries.

Yes to rally, no to concert

The centrepiece of Baltic Pride will be the LGBT pride parade on Saturday, June 18. Starting at noon, participants of the parade will walk along central Gedimino Avenue from Lukiškės Square towards the Cathedral Square.

Tomas Vytautas Raskevičius says he is glad that organizers secured a permission for the march from Vilnius authorities without any issues.

Organisers have also been allowed to hold a four-hour rally in the Bernardine Gardens, a public park in central Vilnius. 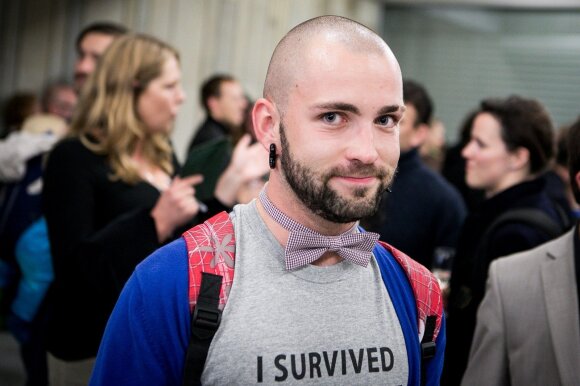 Raskevičius says that the original plan was to also have a concert in the park.

“We applied [for the concert permit] in February, a coordination session was held, but the municipality refused to grant us the permit for the concert. We can be in the park, but we can’t do anything there, because they don’t want to create a dangerous precedent to organize large-scale events in the Bernardine Garden. I can understand that, but an event will be held there a day before us. We don’t want any conflict, so we’re not making a big deal out of it,” he says.

Instead, the concert was moved to Loftas, a concert venue in uptown Vilnius. It will feature Dana International, a well-known Israeli trans performer and winner of the 1998 Eurovision Song Contest.

The overall budget of this year's Baltic Pride will be €80,000, organizers say. Much of the sum has been contributed by foreign embassies, but the organizers are planning to raise €30,000 from the local LGBT community and its allies. “It should be noted that nothing comes free. We want to urge members of the LGBT community to help raise funds and encourage a sense of community,” Raskevičius says.

Elections in the background

The fact that Lithuania is holding general elections later in the year lends some urgency to Baltic Pride, organizers believe.

“We understand that the event will take place before the Seimas elections, and we are actively working to ensure that politicians do not use Baltic Pride as a vehicle to further their political agenda. We understand that LGBT rights should be a concern of all political parties and will invite politicians who are open for discussion. We will not, however, work with any political party in particular," Raskevičius said.

The Mayor of Vilnius Remigijus Šimašius is the first mayor who is not trying to stop the pride march from happening. The very first march in 2010 was reluctantly allowed by the conservative Mayor Vilius Navickas. Three years later, Mayor Artūras Zuokas was a fierce opponent of the LGBT march.

Vilnius Mayor Šimašius, a liberal, will not participate in the march himself, unlike many of his counterparts in other European cities. 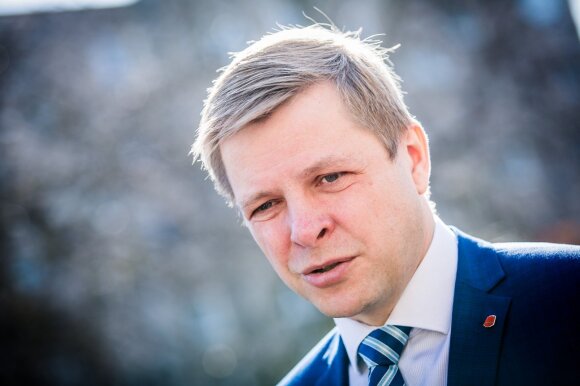 “The Vilnius City Municipality will not create any artificial barriers to stop this event form happening. The Mayor of Vilnius will not take part in the event personally, but he wishes to state that, like in any other democratic and free city, citizens have the right to come together for peaceful demonstrations and marches, as long as they don’t break any rules of public order," said Aleksandras Zubriakovas, an adviser to the Vilnius mayor.

Is the week-long celebration going to become a pressing matter for the mayor and his party, the Liberal Movement, DELFI asked political analyst Mažvydas Jastramskis of the Institute of International Relations and Political Science.

“It’s hard to say. Until now, the liberals didn’t put much emphasis on LGBT rights in public, and I don’t think that will change. There will definitely be threats, but it's an open question how much that will influence the election campaign. In my opinion, as long as the Liberal Movement doesn’t declare its support for same-sex marriage, it won’t play a big role in election politics," Jastramskis says.

The fact that even the political left in Lithuania opposes LGBT rights has much to do with the general conservatism of the society. “Parties can’t stray too far from the opinions of the society, otherwise they risk losing elections,” Jastramskis concludes.