EN.DELFI
aA
In April, for a whole week the German city of Wiesbaden becomes a meeting point and a promotion platform for Central and Eastern European film and filmmakers. The 18th goEast festival, which kicked off yesterday, is shining a spotlight on the Baltic States with a symposium, “Hybrid Identities – Baltic Cinema”, dedicated to the national cinemas of Lithuania, Latvia and Estonia, their histories, pursuits of national and cultural identities. The festival’s programme also includes some of the key recent titles of Baltic cinema. The project is part of a wide-ranging tripartite programme with which the Baltic States present their cinemas to Europe on the occasion of their centenary of statehood. 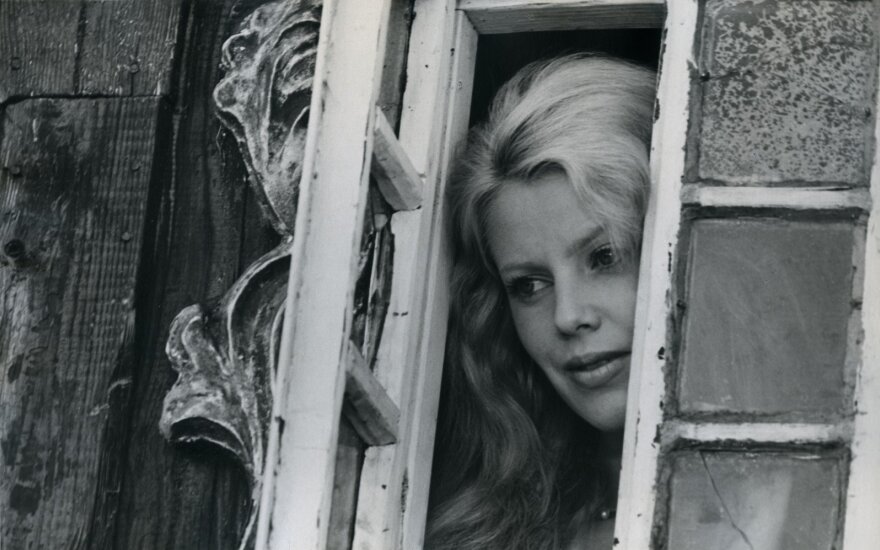 The Devil's Bride by Arūnas Žebriūnas_Photo by Rimvydas Strikauskas, from the archive of The Lithuanian Theatre, Music and Cinema Museum

The carefully selected films from Central and Eastern Europe in goEast film programme and the symposium are to reflect the region's cinematic diversity: from contemporary filmmakers to their historical predecessors, from experimental to arthouse and popular film, with new spaces for discussions on film aesthetics, sociopolitical and theoretical underpinnings of filmmaking. The festival seeks to be a forum for an East-West dialogue, open up a space for creative interactions, discussions, workshops, lectures, cooperation with other cultural and societal institutions, networking, exchanges of experience, professional development opportunities for young filmmakers who will benefit from numerous programmes and projects organised by the festival the Lithuanian Film Centre,wrote in a press release.

Related articles
Unique opportunity to see historic and iconic buildings in Vilnius
When art and tech unite, paintings start to talk in Vilnius

"The visibility of Baltic filmmakers has improved significantly over the recent years. Newest films are being screened in the most important European festivals. But it is important to represent the industry with not just the most recent titles, we must pay attention to our cinematic heritage, to maintain a dialogue, to discuss tradition, to study filmic identities with film experts, to survey what we have achieved, what makes us distinctive, what we are today. It's an important moment for us, crowning our efforts to put together a strong programme, bring experts, masters, important titles. It's a wonderful result of cooperation among the three countries," says project manager Dovilė Butnoriūtė, head of the Department of Film Promotion, Information and Heritage at the Lithuanian Film Centre.

The symposium "Hybrid Identities – Baltic Cinema" will include lectures and discussions focusing on Baltic pursuits of identity between 1918 and 1990. The film historian dr. Lina Kaminskaitė–Jančorienė will talk about Lithuanian film production during the transitional 1980s; the Lithuanian documentary filmmaker Audrius Stonys, the Latvian filmmaker Laila Pakalniņa, and the Latvian film critic Elīna Reitere will share their insights about the individuality of Baltic cinema; the director of Riga Film Museum Zane Balčus and journalist Ābrams Kleckins will give a lecture on documentary poetry and cultural identity of "Riga School"; the Latvian National Film Centre director dr. Dita Rietuma will reveal cinematic gems in contemporary Latvian cinema; the Estonian film historian Lauri Kärk will present Estonian Sixties during the Soviet Thaw, whereas prof. dr. Eva Näripea will talk about national and transnational in different periods of Estonian cinema, well-known Estionian animation artists will discuss about great animation in small country, etc.

Complementing the daytime discussions will be screenings of master works from each Baltic State, among them: Lithuanian classic films Nobody Wanted to Die by Vytautas Žalakevičius (1965), Feelings by Almantas Grikevičius and Algirdas Dausa (1968), Devil's Bride by Arūnas Žebriūnas (1974), The Children Of The Hotel "America" by Raimundas Banionis (1990); Latvian classics – 235 000 000 by Uldis Brauns (1967), The Swamp Treader by Leonīds Leimanis (1966), Is It Easy To Be Young? by Juris Podnieks (1986); Estonian classics – Madness by Kaljo Kiisk (1968), The Last Relic by Grigori Kromanov (1969), The Ideal Landscape by Peeter Simm (1980). Also, short films programme of retrospective Lithuanian documentary, including films directed by Robertas Verba, Valdas Navasaitis, Henrikas Šablevičius, Saulius Beržinis, Audrius Stonys, and two programmes of Estonian animation, presenting works of Priit Pärn, Mait Laas, Riho Unt and other filmmakers, will be screened during the symposium "Hybrid Identities – Baltic Cinema".

The presentation of Baltic cinema at goEast and the symposium is organised in partnership with Lithuanian Film Centre, Latvian National Film Centre and Estonian Film Institute.

goEast film festival, organised since 2001, seeks to present the diversity and richness of Central and Eastern European cinema in the very "heart of the West" and raise awareness of the region's filmmaking and its relevance to international cinema. Each year, the festival's programme of more than 100 feature, documentary and short films attracts up to 400 industry professionals and 11,000 cinema-goers.

Unique opportunity to see historic and iconic buildings in Vilnius

During the upcoming weekend of 28 and 29 April, more than 60 buildings will open their doors. Open...

When art and tech unite, paintings start to talk in Vilnius

On Saturday more than 50 participants met in Vilnius at the first hackathon of arts and tech...

President to open festival of Lithuanian culture in Rome

Lithuanian President Dalia Grybauskaitė is currently in Rome where she is set to open Lithuanian...