Axis Industries not to demand advance payment for natl stadium 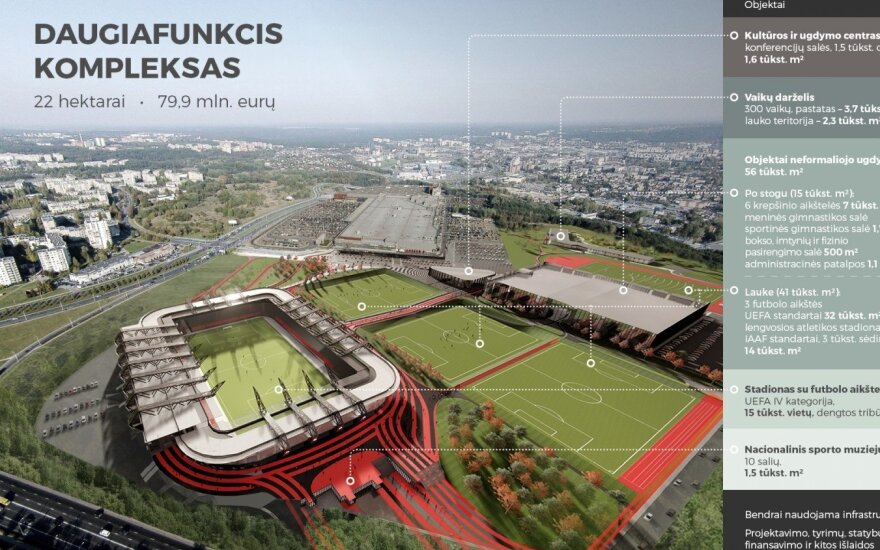 The Icor group, which controls Axis Industries, said in a statement the Axis Industries-led consortium "agrees to accept the political risks of funding the project until the end of the construction".

Up until now, the consortium has offers that Vilnius municipality covers up to 50 percent of the costs during the constriction, and the municipality later proposed to the Cabinet to approve this model. But the latter refused to accept responsibility and pledged to provide funding upon completion of certain construction stages.

"We have presented the necessary conditions we have to meet together for the project to become a reality. These conditions clearly regulate responsibilities of the parties involved and create an opportunity for the consortium to fund the project 100 percent," Julius Dovidonis, a representative of the consortium, said.

Povilas Poderskis, director of administrator at Vilnius municipality, says the agreement sets the basis for the signing of the contract on the construction of the stadium and other buildings as early as this year.

The new complex will be a Category 4 UEFA stadium with the capacity of 15,000 people. Moreover, the sports complex will also include three outdoor football pitches, six basketball courts, a culture center, a library, a kindergarten and a national sports museum.

The Lithuanian government has committed to allocate 53 million euros for the construction and maintenance of the stadium and various events (20 days per year) over 25 years.

The Government of Lithuania and Vilnius authorities have settled their dispute and agreed on the...

Lithuania comes in last in Europe in terms of football infrastructure, Aleksander Čeferin ,...

The Lithuanian Court of Appeals on Thurday gave a green light to the concession tender of the...

The stalling National Stadium project in Vilnius has increased the risk for Lithuania to lose the...