BNS EN
An attempt to recognize in law civil partnerships for both unmarried opposite-sex couples and same-sex couples in Lithuania on Thursday failed to clear the first hurdle in the parliament. 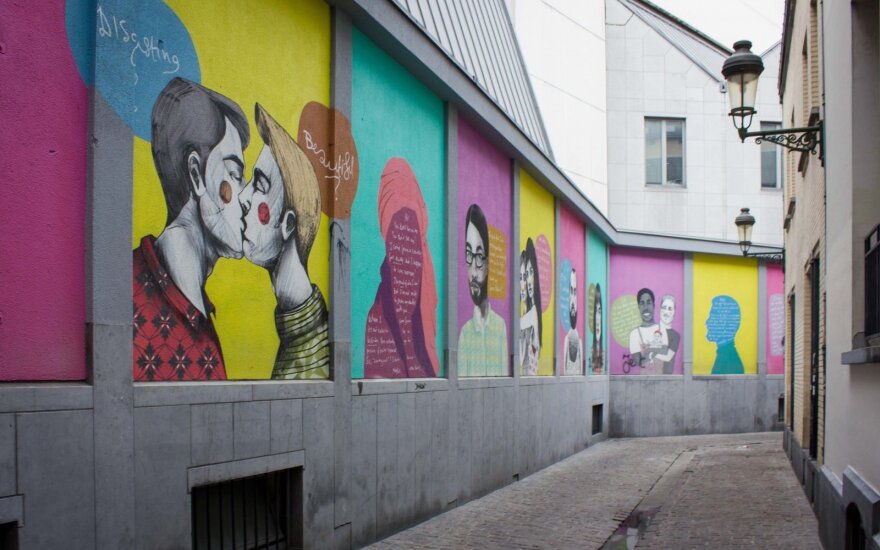 The respective amendments to the Lithuanian Civil Code did not passed the first reading in the Seimas, with 29 lawmakers voting in favor, 59 against and 20 abstaining. The bill was not returned for improvement, as often happens, but was completely rejected.

The amendments would have defined a partnership as cohabitation of two individuals building a family relationship without registering a marriage and would have allowed two adults who are not relatives and are not partners of other persons to sign a partnership agreement and have it certified by a notary public.

The initiators of the amendments said that they were necessary to bring Lithuania's legislation into line with social reality in the country, where a significant proportion of couples live unmarried and every third child is born out of wedlock.

"The legal recognition of the status of these couples would send a clear signal that we In Lithuania do not sort families into right and wrong and that we are a modern Western-oriented nation that respects the dignity of each and every person, human rights and the legitimate expectations of its citizens," Viktorija Cmilyte-Nielsen, one of the initiators, said on Thursday.

She underlined that the legal recognition of partnerships posed no threat to the institute of marriage and married couples.

However, Laurynas Kasciunas of the conservative Homeland Union–Lithuanian Christian Democrats criticized the bill, saying that the recognition of civil partnerships would trigger a process that would eventually change the institute of marriage.

Several bills had been tabled to the Seimas to allow civil partnerships for both different-sex couples and same-sex couples, but none of them reached the second reading in the parliament.

The Seimas has also started discussing a proposal from a group of parliamentarians to completely exclude the possibility of partnership from the Civil Code.

Some 11 percent of Lithuanian residents support registration of same-sex partnerships, while 7...

Partners were deleted from the definition of family members at the Lithuanian parliament following...

Government to discuss contracts of joint operations for cohabitants

Lithuania's government will Wednesday discuss the possibility for persons living in cohabitation to...