Armoured horses and chain mail: The guide to becoming a Medieval Lithuanian Knight

the Lithuania Tribune, Lzinios.lt
aA
"The backpack of a modern infantry soldier weighs just much as the armour of a medieval knight. And it is a myth that an armoured warrior could not get up, if he fell down," says Medieval armoury enthusiast Karolis Jankauskas. 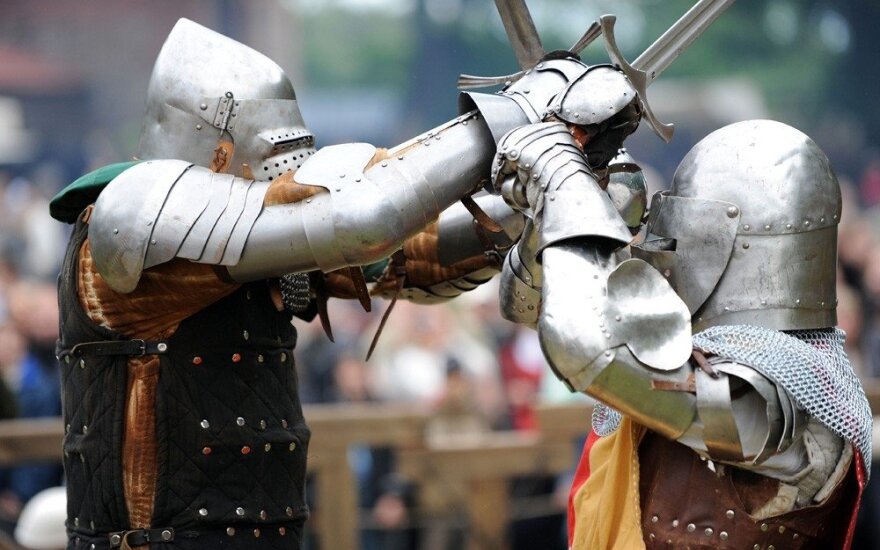 He heads the organization called Medieval Envoys, a club of enthusiasts who research and reconstruct the armoury of the late Middle Ages. More than that - they dress up as Medieval knights and stage battles which have become a staple in historical festivals in Kaunas, Trakai, Klaipėda and Biržai.

"Twelve years ago, we were young and very interested in historic battles," Jankauskas recalls. "Unfortunately, all available literature was very laconic about them: how many soldiers were involved, how many hours they were fighting, who won. But in order to get any idea how the battles actually looked, how particular weapons would be used, we simply had to make armour and weapons and try them out in a battle. You can't learn about that from books."

At first, it was only a hobby for Jankauskas and his friends. The club gradually grew and now they are regular guest performers at many historical festivals across the country.

"We have members of different professions among Medieval Envoys. I, for instance, am a manager. However, over the years we have all become historians," Jankauskas said.

How heavy is medieval armour?

One popular myth about medieval armoury has it that if a fully-equipped knight had fallen off his horse, he would not have been able to get back on his feet.

"That is not true. Medieval chronicles describe an event when an armoured knight fell off his horse while crossing a river, but managed to swim out. True, the full armour is weighty, but if it is made properly, a soldier can get up and move in them comfortably. We tried it ourselves," the history enthusiast said. 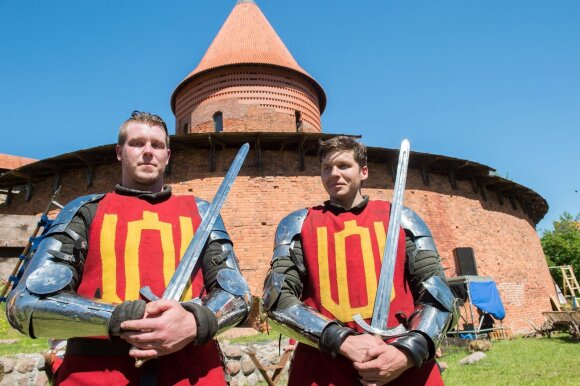 He said that a horsemen's armour would be heavier than that of infantrymen. Knights in 16th century tournaments could be wearing about 40 kg of armour, while light infantry would put on only a few kilograms of protective wear. Soldiers at the 1410 battle of Grunwald, in which the Lithuanian-Polish army crushed German crusaders, were likely to have worn armour weighing 25kg to 30 kg.

Jankauskas said that medieval knights also took care to protect their horses and covered them with armour. Initially, it would be made of metal rings, later of steel plates.

"We have reconstructed elements of horse armour. Since it was popular in the 16th century which is not our main period of interest, we haven't built horse armour in full," he said.

When reconstructing medieval armour, the point is not merely to have it look credible, he insisted.

"We cooperate with historians, archaeologists, we study medieval chronicles, annals and other historical sources. Our aim is to reconstruct as closely as possible the cultural context of 14-15 century Lithuania and Europe. Roughly put, we are mostly interested in the period of Vytautas the Great (1390s-1430s)," he said. 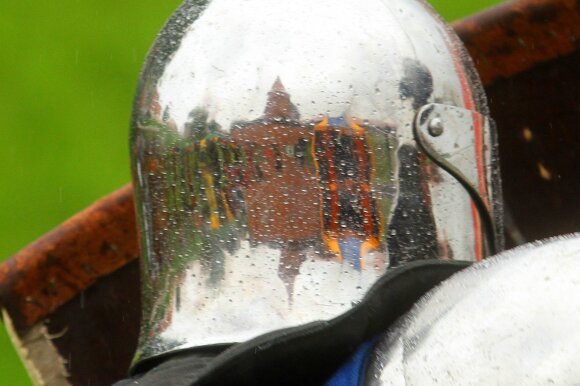 "We get a lot of information from finds displayed in museums, iconographic material. We use all that to reconstruct and make armour. Depending on what we are planning to use it for, we make some with more authentic methods, we use steel alloy almost like what they used at the time; for others, we take more care in conveying the right look. Obviously, modern-day humans are taller than their medieval forefathers, so there is no point in making exact replicas of medieval finds."

Gunpowder spelled the end of armour

Jankauskas said that armour made of metal rings - chain mail - had the longest run in historical military fashions. It was used by the ancient Romans and remained in vogue during the Middle Ages, all the way through to the 17th century.

"It is a very universal form of armour that existed for centuries," he said. 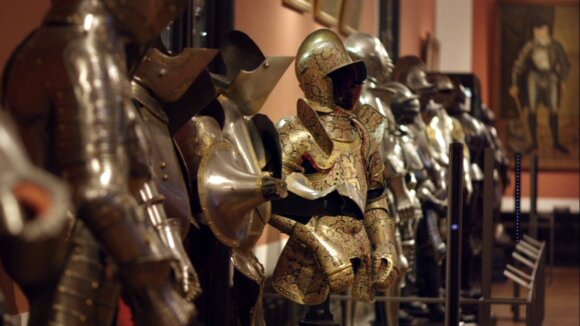 "This is the period of the Polish-Lithuanian Commonwealth, of winged hussars and musketeers. In general, armour underwent dramatic changes with the advent of firearms. Some elements of the armour shrank, others disappeared altogether. Some got thicker, so they could stop even a bullet. However, firearms and gunpowder eventually pushed out armour," Jankauskas explained.

"The more developed gunpowder shotguns became, the less armour could protect from them. A hit with an axe or a spear depended very much on the hand that bore it: some could punch the armour in one go, others had to swing several times. A bullet or a cannon always shoots with the same strength."