BNS
aA
Archeologists have found the bases of two columns of the Great Synagogue of Vilnius, Vilnius Municipality announced on Friday. 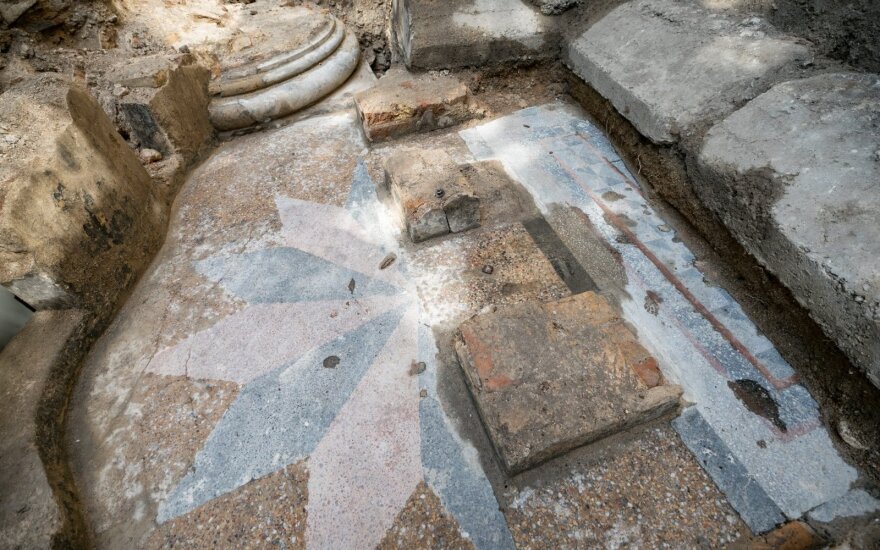 The columns are part of the bimah – a raised central platform for Torah readings. People will be able to see the new discoveries on Wednesday.

"We have discovered one of the holiest parts of the building. These columns would be 9 meters high in the past. The unveiled place is special as the rabbi would stand here during the prayer," Jon Seligman, leading the archeological search, was quoted as saying in the statement.

During the archeological excavation, wall inscriptions that used to be near the bimah were found, containing references to the Old Testament, with one mentioning people and cites the Book of Genesis, and the other one containing lines from religious psalms.

The archeological research at the Great Synagogue of Vilnius will take place until July 19, and then Vilnius residents and guests will be introduced to its progress and excursions will be held.

The Great Synagogue of Vilnius was one of the most important Jewish religious institutions in Eastern Europe and was known as an important Jewish spiritual and educational center giving the name of the Jerusalem of the North to the Lithuanian capital.

The Great Synagogue of Vilnius was built in 1633 on the foundations of an older 16th-century synagogue. The Nazis burnt the synagogue, and its remains were flattened and a kindergarten was built on top of it in the 1950s.

Vilnius Municipal Council last week deemed the kindergarten built on top of the remains of the...