www.lrt.lt
aA
Archaeologists are convinced that at least 3,269 soldiers of Napoleon's army perished in Vilnius from starvation, Forbes reports. 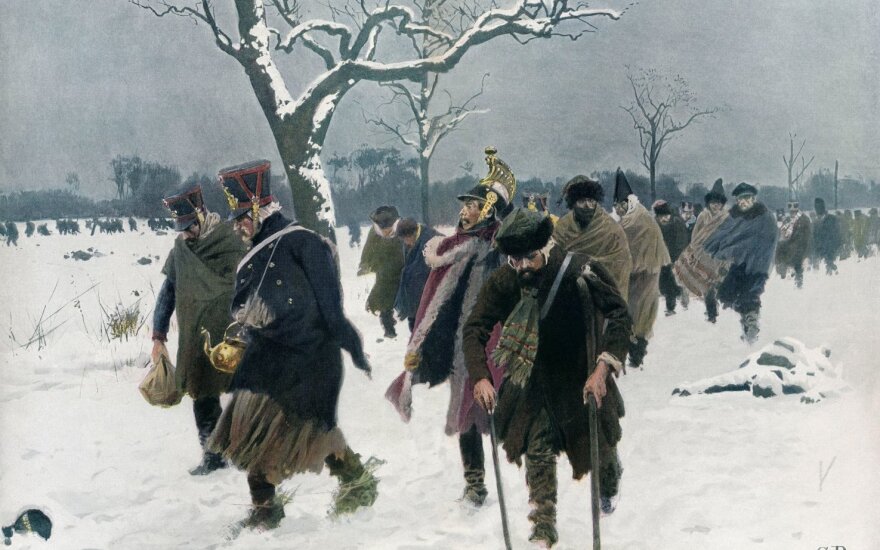 It has long been a mystery what happened to Napoleon's soldiers who were retreating after a failed Moscow campaign with their leader and whose mass grave has been discovered in Vilnius, Lithuania. The burial site contains remains of at least 3,269 people, according to Forbes, or about seven per square metre.

A team led by archaeologist Tosha Dupras of the University of Central Florida conducted isotope analysis on the remains, concluding that there are signs of severe malnutrition. Oxygen isotopes in the bones of Napoleon's soldiers allows scientists to determine the geographical latitudes they came from, whereas carbon and nitrogen isotopes can give an idea of what they died from.

Nitrogen isotope analysis has proven most interesting, according to Forbes. Their values in the remains were extremely high, suggesting deficiency of proteins in the body. High levels of nitrogen isotopes in bones are characteristic in cases of anorexia, repeated morning sickness, vitamin D deficiency and starvation. The latter is the most likely factor that killed so many soldiers of the exhausted French Grande Armée.

The burial site in Vilnius was unearthed in 2002. Uniform buttons suggest that the soldiers came from 40 different regiments of Napoleon's army on their way from Russia.

Although most of the remains are of male soldiers, the burial site also contained bodies of 20 young women.

The size of Napoleon's army during the Russian Campaign as estimated by Charles Minard in 1869. Image Wikimedia Commons

Napoleon launched the so-called Russian Campaign in 1812, frustrated with Tsar Alexander I's defiance of his trade blockade on England. When Napoleon's army left for Moscow, it was 675-thousand-strong. The campaign was a failure, however, and only 41 thousand men are thought to have been left when they headed back to France.

It is believed that some 20 thousand of Napoleon's soldiers died of cold, hunger and typhus in Vilnius alone.

The failed Russian Campaign is thought to be the beginning of the end for Napoleon. In 1814, he was exiled to the island of Elba and, following the 1815 defeat at Waterloo, ended his days in exile on the island of Saint Helena.