EN.DELFI
aA
Vilnius which is changing every day makes every effort to preserve values of cultural heritage – archaeological explorations of the complex of the Great Synagogue of Vilnius (at Vokiečių g. 13A) started on 12 July, and on 2 - 6 September, creative workshops for preserving its heritage will be held. The restoration of the entire territory and the adjacent areas is planned by 2023. 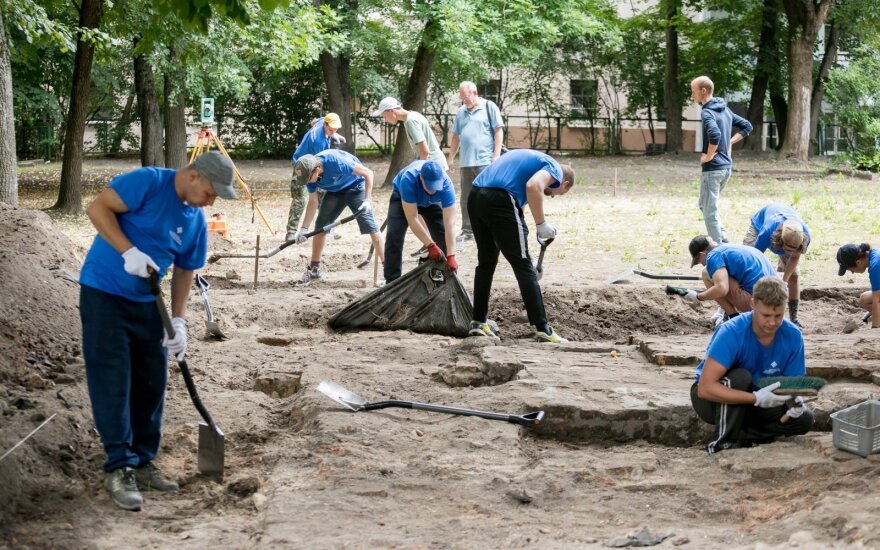 Archaeological explorations of the complex of the Great Synagogue of Vilnius at Vokiečių g.13A @ Vilnius Municipality (9)

"The former Great Synagogue of Vilnius is a value of cultural heritage of the capital. It was one of the largest Jewish religious institutions in the Eastern Europe. It was famous as an important Jewish spiritual and educational centre, and Vilnius was named the Jerusalem of the North after it. I believe that, in cooperation with local and foreign Jewish communities, we will be able to interpret the Great Synagogue of Vilnius, which is very important for the culture of the multinational capital, in a proper and modern way", said Remigijus Šimašius, the Mayor of Vilnius, the Municipality of Vilnius wrote in a press release.

In the past eight years, archaeological excavations have been carried out several times: the location of the former synagogue was identified, and sufficiently well preserved fragments and details of the building were found in 2011, while fragments of masonry of public baths that belonged to the Jewish community and two "mikvahs" (ritualistic basins) were discovered in 2016-2017. The explorations to be carried out on 9 -31 July will be conducted for research purposes, namely, to further examine the remains of the bath building, to revise the perimeter of the Great Synagogue and to discover its north-western border.

"This season, efforts will be targeted at unveiling one of the mikvahs (basins) and distinguishing a part of the external wall of the synagogue's buildings", Dr. Jon Seligman, Director of the Israel Antiquities Authority, told. According to him, excavations became more intensive thanks to a significant contribution - the explorations are carried out at the expense of the Goodwill Fund and members of the archaeological research group. The implementation of the works has been supported by the Lithuanian Jewish Community, the Israel Antiquities Authority and the Vilnius City Municipality.

Faina Kukliansky. Jews in Lithuania are experiencing a value challenge (1)