the Lithuania Tribune
aA
An international team of archaeologists has located a tunnel in Lithuania used by Jewish prisoners to escape the Nazis during World War II. 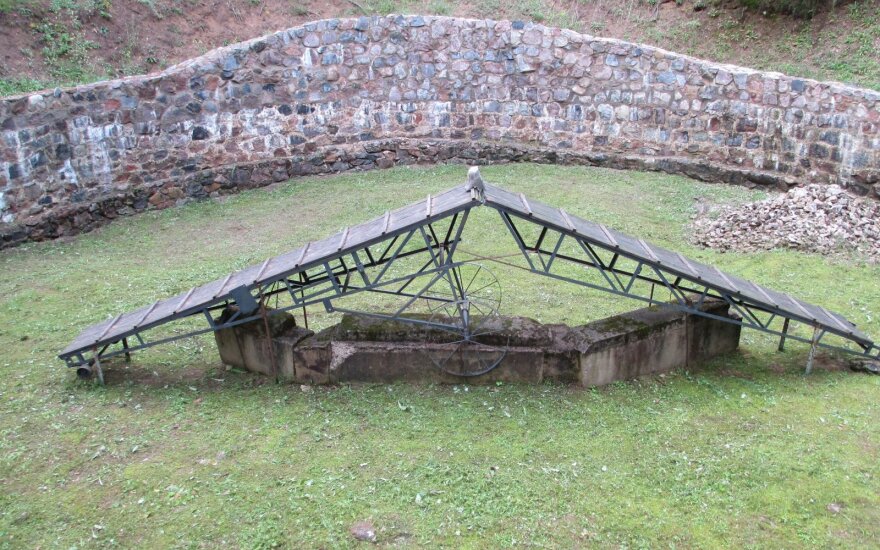 The team from Israel, the United States, Canada and Lithuania used new state-of-the-art technology for underground predictive scanning to pinpoint the 100-foot-long tunnel located in the Ponar forest about 10 kilometres from Vilnius.

The famous tunnel was dug by Jewish prisoners of Ponar who were forced to burn the bodies of those killed at Ponar to cover up evidence of the genocide with the retreat of German forces on the Eastern Front.

Over 100,000 people from Vilnius and the surrounding area were massacred in the forest at Ponar, including 70,000 Jews. The prisoners from the unit set up to burn the bodies dug for 76 nights using their hands, spoons and improvised tools to make the tunnel.

As they worked with their legs shackled, the prisoners knew that upon finalising the morbid task they too would be murdered by their captors, prompting them decide to escape by digging a tunnel from the pit.

The tunnel was located through the joint efforts of the Israel Antiquities Authority, University of Hartford, Advisian, Vilna Gaon State Jewish Museum, and PBS Series NOVA.

"As an Israeli whose family originated in Lithuania, I was reduced to tears on the discovery of the escape tunnel at Ponar. This discovery is a heartwarming witness to the victory of hope over desperation," said Jon Seligman of the Israel Antiquities Authority told USA Today.

"The exposure of the tunnel enables us to present, not only the horrors of the Holocaust, but also the yearning for life."

Eighty Jewish prisoners attempted an escape from the Nazi extermination pits on April 15, 1944, the last night of Passover, with about a dozen surviving the trek out of the tunnel and making it to the forest and river past the camp. Eleven prisoners survived the war and were able to give testimony about what happened there.

"This project represents the new frontier for the study of archaeology and the Holocaust and the integration with national histories," Richard Freund, professor of Jewish History at the University of Hartford told USA Today.

"Geoscience will allow testimonies of survivors—like the account of the escape through the tunnel—and many events of the Holocaust to be researched and understood in new ways for generations to come," said Freund.

The PBS series NOVA followed the excavation and the team captured their experiences for a new film slated to premiere in the US on PBS in 2017.

The documentary will tell the story of the fate of the Jews of Vilna, now the modern city of Vilnius, through major archeological excavations of several sites in and around the city, including the larger excavation project at The Great Synagogue of Vilna.

“The discovery of the evidence of an escape tunnel at the Ponar pit sheds new light on a story of life, resistance and courage,” the Israeli Antiquities Authority said in a statement.

Vilnius mayor begins dismantling of building made from Jewish headstones

Lithuanian society considers deportation a tragedy of the Lithuanian nation even though a few thousand...

Those who pulled the trigger during the Jewish genocide in Lithuania are not the only ones who should...