(5)
Šarūnas Černiauskas,
DELFI EN
aA
The Baltic Way has turned Lithuania into a "gaunt wasteland", “Dutch intellectuals apologize to Putin", "Long live the Democratic People's Republic of Korea!". A group of people who call themselves "national socialists" are sharing these and similar "news" and openly looking for supporters to help them broadcast their "truth". 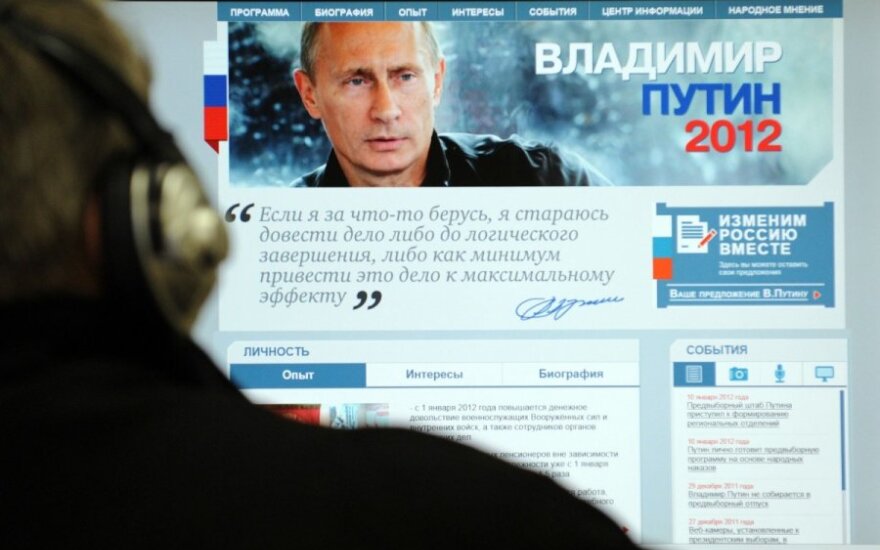 DELFI has been contacted by a person from Panevėžys who found a flyer from "national socialists" in his mailbox, inviting him to fight for "national and social revolution", against "US-NATO occupation army", etc.

Those who are interested in this "fight" are invited by the authors of the flyers to visit an anonymous blog, ltnacionalistas.wordpress.com. It publishes statements against Lithuania's statehood, pro-russian "news", quotations of Adolf Hitler's Nazis and Vladimir Putin's Russian ideologists.

Add to that statements that it was the Ukrainian army that shot down the Malaysia Airlines plane MH17, that "Dutch intellectuals apologized to Putin for lies about MH17, Syria and Ukraine". The Kremlin's opponent Mikhail Khodorkovsky, who spent ten years in jail, is referred to as "world-famous economic and political criminal".

The regime of North Korea, according to the blog writers, is a living proof that "it is possible not only to impose the global dictate of financial capital, imperialism and Zionism (that a huge part of the world, including Lithuania, occupied by NATO-US-EU, cling to), but also to create an alternative system which cherishes the ideals of social justice, the spirit and traditions of the nation, rather than humbly prays to pseudo-values influenced by globalists". Anti-Semitic, anti-Western ideas, statements of Muammar Gaddafi, Bashar al-Assad, Slobodan Milošević – the wold-view of the "national socialists" is more than obvious.

And on top of that, the thesis about Lithuania's independence as the greatest evil. Because in the Soviet times, rivers flowed with milk here.

“Over the past 20 years Lithuania, that before restoring the independence had been an economically prosperous region of agriculture and industry, became a gaunt wasteland, where cheap and easily accessible labour is sold to foreign capitalists and where Lithuanians, who have been promised heaven on earth, flee in huge numbers. Wealth built by the hands of Lithuanians over the Soviet period has been successfully parcelled and stolen by profiteers, gamblers, political and economical criminals,” according to the "national socialists". 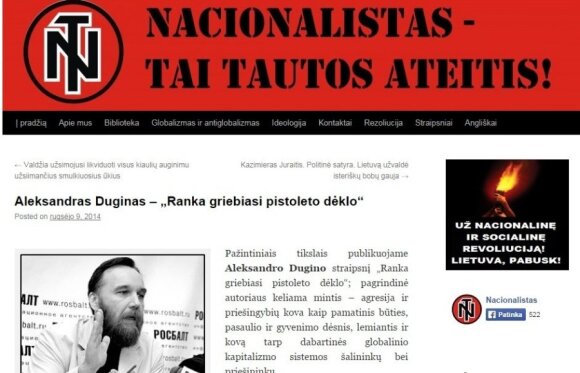 Member of parliament, former minister of national defence Rasa Juknevičienė noticed the agitation of the "national socialists" a few weeks ago and informed the State Security Department (VSD) about it.

"I have reported this information to the VSD. It appears that the situation is not new – just that it reached Panevėžys is something new. Meanwhile in other places, it has been noticed earlier,” said MP Juknevičienė.

She told DELFI that she thought the flyers and the blog were part of a well-coordinated campaign.

“Agitations to protest about pensions were launched. I felt the activity to intensify just when parliament was debating the raise in defence spending. Many messages have appeared in Russian propaganda websites, like “look, Lithuania is being armed at pensioners' cost”. After that – strange movements in Panevėžys. (...) And the meeting by the pensioners’ party,” said Juknevičienė.

According to her, leader of Pensioners’ Party Vytautas Kadžys has a reputation for adhering to pro-Moscow politics and has participated in a number of political blocks with anti-Western agenda.

When asked who could stand behind the "national socialists", Juknevičienė first singled out the National-Labour party – a marginal political organization which has recently made itself known by actively and aggressively spreading the pro-Kremlin rhetoric. The entire blog and its content, Juknevičienė summarized, was "idiotic, stupid and primitive".

VSD spokesman Vytautas Makauskas has confirmed to DELFI that the "national socialists" have been in the radar of the agency’s officers.

"However, criminal cases, if they are necessary, must be opened by the prosecutors,” said Makauskas.

DELFI tried to reach the "national socialists" for comment, but nobody answered the phone indicated in the blog.

In turn, officers who deal with informational security advised DELFI that activities of the likes of the "national socialists" were not accidental and were actually on the rise.

"Under the cover of beautiful national statements and names, this activity is directed at raising doubts about NATO's defence capacities and perspectives on Lithuania's defence,” analysts say. “It is hardly a coincidence that, at the same time, questions about tVilnius are being raised in Belarus, while questions about Klaipėda belonging to Lithuania are discussed in Russia.” 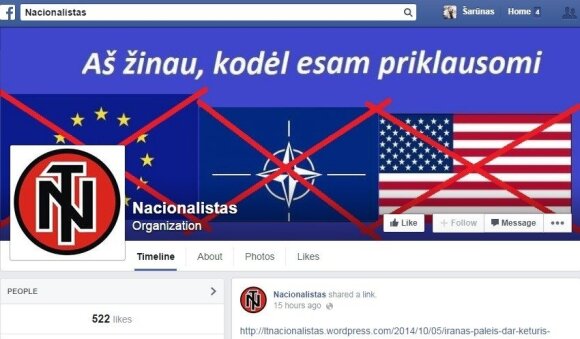 Lithuania torpedoes all constructive international initiatives dedicated to solving the problems in...

It is hard to find anyone in Lithuania who does not believe that Russia 's propaganda campaigns in...

The Lithuanian State Security Department has issued a warning about a significant surge in Russian...

I have been dealing with European security for more than thirty years, as an activist during the Cold...