BNS
aA
As the European Union (EU) decided to step up control of some weapons in the wake of terrorist attacks, Lithuania intends to leave the right for members of the Riflemen's Union and other volunteer troops introduced a year ago to keep their semi-automatic weapons. 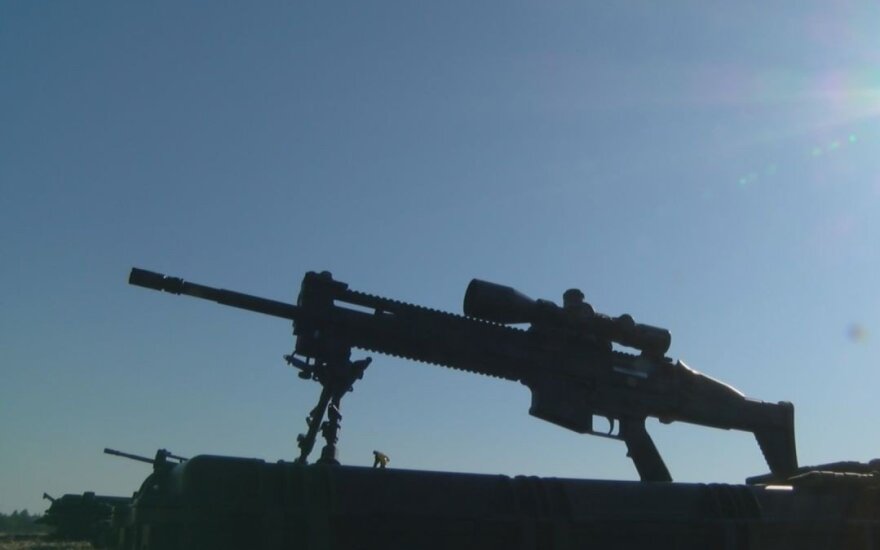 The Interior Ministry has submitted a bill, which envisages a possibility for riflemen and volunteer troops to possess the semi-automatic weapons currently listed in categories B and C, which are being moved to category A under the EU directive.

Category A weapons are banned for civilians, however, Lithuania intends to exercise the clause stipulated in the directive that allows civilians to possess such weapons for the purposes of national defense.

Audrius Čiupala, chief of the Licensing Division at the Police Department who drafted the bill, says the bill will restrict sales of category A semi-automatic weapons to the Weaponry Fund under the Interior Ministry.

The Interior Ministry's proposal will now be discussed by the government and the Seimas.

In Lithuania, riflemen and volunteer troops are allowed to keep semi-automatic weapons at home since September of 2016, with the first permits for riflemen issued this past summer. Meanwhile, volunteer troops have not yet turned to the police for such permits.

In spring of 2017, both the Riflemen's Union and the National Defense Volunteer Force established tests that have to be passed by their members before applying to the police for permits of semi-automatic weapons.

The tests have already been passed by approximately 150 riflemen, however, there is no statistics of how many of them received the final permits.

"From now on, the number of riflemen with semi-automatic weapons can increase any day," Židrūnas Šadauskis, deputy chief of the Lithuanian Riflemen's Union, told BNS.

The Lithuanian Riflemen's Union should unite more than just members living in Lithuania but also...

The United States Embassy has called for an explanation of how the semi-automatic weapons M14 used...