BNS EN
aA
The American Jewish Committee (AJC) supports the idea of setting up a Jewish history museum in Vilnius. 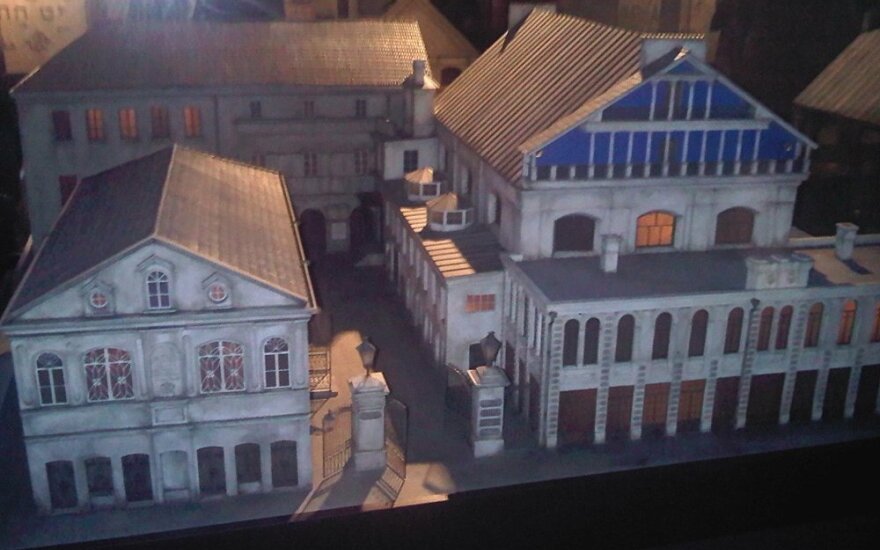 "We do think it's an important initiative and with the government's help it may be done. We just visited a few days ago a museum in Warsaw, which is very very impressive, there are a number of museums now in Europe (...)," Sam Kliger, AJC director for Russian affairs, said at a news conference in Vilnius on Friday.

"It would be a good start, a good continuation in strengthening Jewish-Lithuanian relations, if such a museum would be established in the capital of Lithuania," he said.

Kliger noted that Israel's ambassador Amir Maimon had also expressed his support for the idea during their meeting earlier in the day.

Harriet P.Schleifer, chairperson of the AJC's Board of Governors, said that the museum should focus on Lithuania's rich Jewish heritage, rather than on the Holocaust.

"The focus would be on history from beginning, through the present and towards the future, and not simply focus on the Holocaust, because there is so much of rich history in Lithuania besides the unfortunate events," she said.

Vilnius Mayor Remigijus Šimašius and Prime Minister Saulius Skvernelis on Thursday presented the idea of establishing a museum of Jewish history at the former Vilnius Palace of Concerts and Sports.

Skvernelis said that the museum would have to focus on the Jews' history in Lithuania that spans 600 years, rather than on the painful Holocaust events.

According to him, that will require modifying the now-derelict building's conversion project, which has already been drawn up.

Over 90 percent of Lithuania's pre-war Jewish population of around 200,000 was killed during the Holocaust. Vilnius was known as the "Jerusalem of the North" due to its cultural and religious importance for the Jews.