BNS
aA
The New York-based YIVO Institute for Jewish Research and Lithuanian institutions plan to digitalize and merge online pre-war archives on both sides of the Atlantic about the life of Eastern European Jews. 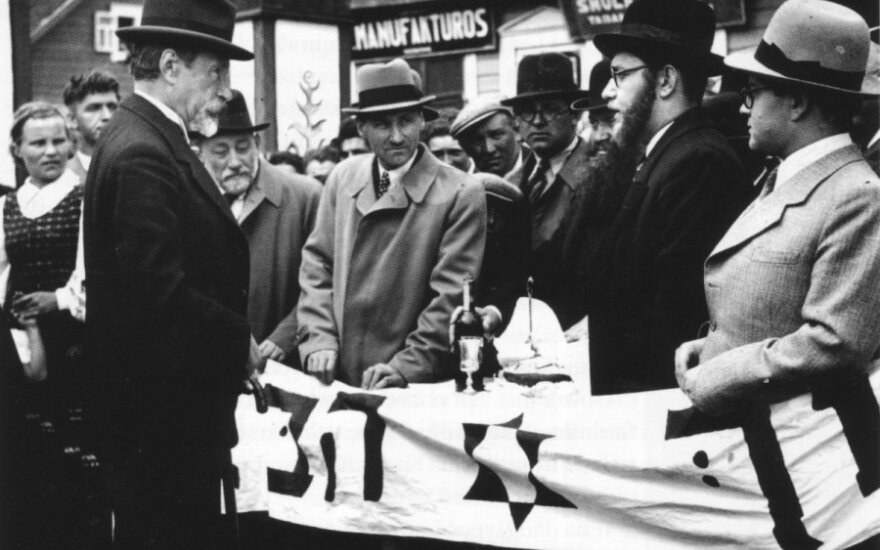 As Lithuania marks the National Memorial Day for the Genocide Victims of the Lithuanian Jews on Tuesday, the country's Ministry of Culture hosted a press conference on the presentation of the joint YIVO Vilna Project by the YIVO Institute for Jewish Research, the Lithuanian Central State Archives and the Martynas Mažvydas National Library of Lithuania. The project will be launched next year and is scheduled to last for seven years.

The project is aimed at preserving and, if needed, restoring as well as digitalizing 10,000 rare and unique publications as well as around 1.5 million various documents related to the life, community, science, religion, education, culture and art of Jewish people who lived in Eastern Europe. The digitalized archives will be accessible via a special website.

"I am honesty very excited about this exceptional international project aimed at preserving the cultural heritage and historic memory as well as creating a priceless digital library of sources of information about Jewish people and the Holocaust, open to scientists from around the world and the public. The history of Lithuanian Jews is part of the history of our state, it's the history we need to learn more about and cherish," Culture Minister Šarūnas Birutis said.

Jonathan Brent, YIVO chief executive, called this project "one of the most important in revealing the Jewish past" shared by the Jewish communities in Lithuania, Poland, Ukraine, Russia and a major part of the Jewish past in Europe and the rest of the world.

"We, at YIVO, and I hope you, also here, in Lithuania, will understand this project to be a mutual one of discovering (...). This history, despite all that has been done, despite all that we know, has yet truly to be written. We're at the beginning, not at the end of understanding who we are. These materials in this beautiful city of Vilnius are our central component to our history," Brent said.

He reminded of the fact that a YIVO archive was founded in Vilnius in 1925 and operated until 1941 when the Nazis took the collected books to Frankfurt. In 1946 the US army found the materials and brought them to New York where the YIVO Institute for Jewish Research was already operating.

Meanwhile after the war in Lithuania, the Soviets tried to destroy the remaining part of the archive – around 60,000 books and hundreds of pages of documents found in the rubble of the Jewish Ghetto – as part of Stalin's anti-Jewish campaign. The archives were saved by a Lithuanian librarian who hid them in the basement of a Catholic church. The books and documents were brought to light after Lithuania restored independence.

The total cost of the project will stand at USD 5.25 million.

On 18th September 2014, representatives of the British, Jewish and Lithuanian communities in the...