BNS EN
aA
The board of the Lithuanian Seimas decided on Friday that alcoholic beverages will no longer be sold in the parliament's restaurant and cafes, but will continue to be allowed during official receptions. 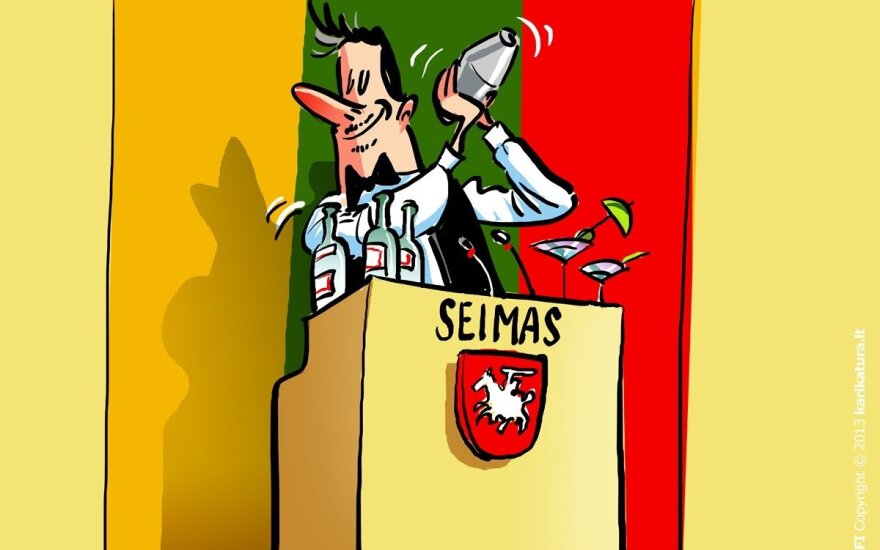 "There will be no alcohol in the Seimas restaurant. We are not consuming it and we are not selling it -- this is our decision. We believe that the Seimas is not a place for drinking alcohol, any alcohol," First Deputy Speaker Rima Baškienė told reporters after the board's meeting.

However, alcohol will allowed to be served during protocol-regulated events.

"There are articles in the Law on Alcohol Control that regulate the procedure for official meetings and the reception of delegations and we are leaving this as it is," Baškienė said.

Ramūnas Karbauskis, chairman of the Lithuanian Peasant and Green Union (LPGU), the party that triumphed in last month's parliamentary elections, has said earlier that he will propose to ban alcohol during receptions as well.

The law prohibits alcohol consumption in state and municipal institutions and agencies. This does not apply to official receptions and other functions involving the protocol and to cafes and restaurants operating in public buildings.

Alcohol was not sold in the parliament's cafes and restaurants for several years starting in 2009, an initiative of Arūnas Valinskas, the then parliamentary speaker. However, alcoholic drinks returned to its restaurant and canteen after Lithuania took over the EU's rotating presidency in the second half of 2013.

Lithuanian President Dalia Grybauskaitė on Friday signed into law amendments to the Law on Alcohol...

After the Lithuanian parliament reversed the alcohol sales scheme on Tuesday, the head of the...

Minister “ban everything” – will absurd situations not occur?

The new government , it would appear, intends to start its work with harsh restrictions. Their newest...