the Lithuania Tribune, LRT
aA
Abdul Basir Yoususi, the Afghani refugee who caught Lithuania's attention in a video revealing himself to have worked as a Lithuanian-speaking interpreter for Lithuanian NATO forces in Afghanistan's Ghor province, arrived in Lithuania on Wednesday. 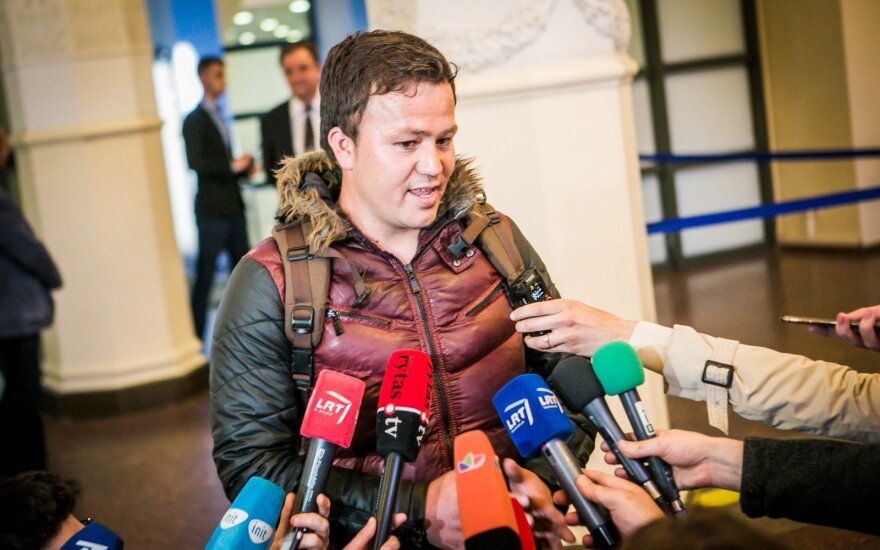 “Today is a very good day for me. It was hard. Very hard,” said Yoususi, who says he had spent two months traveling from Afghanistan to Greece. Yoususi has a five-day visa that was granted to him on Tuesday, and told journalists at Vilnius Airport that he had requested asylum from Lithuania.

Related articles
Basir, the Lithuanian-speaking refugee, may be granted asylum by Lithuania
Refugee from Afghanistan asks for help from Lithuanian president - in Lithuanian  (2)

Yoususi also explained that his wife and daughter had remained in Afghanistan and that he wanted to help them. He also said that he had received threats after the NATO mission in Afghanistan, but that he couldn't leave immediately due to a lack of funds. He said that his family members would not be in danger because of his departure to Lithuania.

Vice-Minister of the Interior Elvinas Jankevičius said that Yoususi would be housed at the Refugee Reception Centre in Rukla while his asylum request is processed.