DELFI EN
aA
A search mission that continued throughout the night on Tuesday have so far failed to find any traces of the An-2 airplane that went missing on Saturday afternoon over the Baltic Sea. After two and a half days of search by Lithuania's air force and navy, assisted by Latvia, the plane and two pilots are yet to be found. 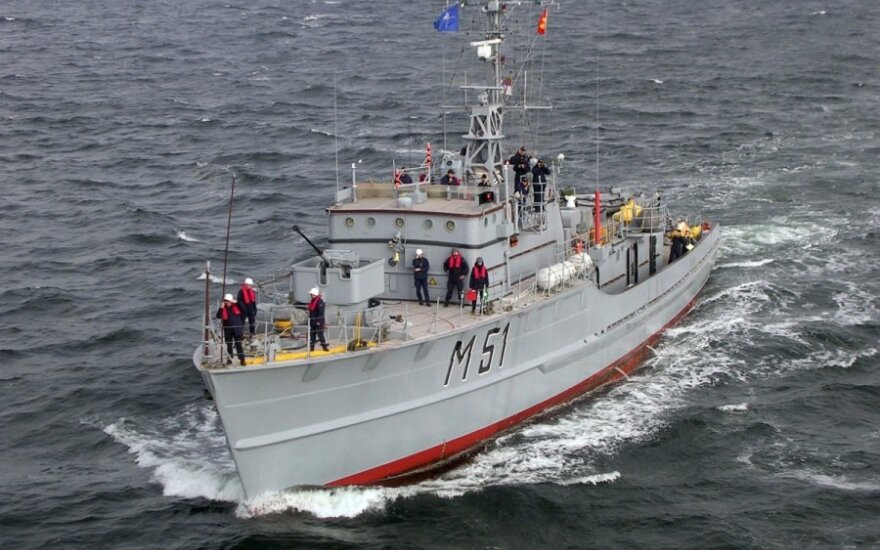 On Monday evening, the search and rescue vessel Šakiai of the Lithuanian navy joined the effort. It was combing the search area in Baltic Sea throughout the night.

A flight control tower in Palanga, Lithuania, last heard from the plane, which was flying from Sweden to Lithuania, at 4:16 PM on Saturday evening. Two experienced pilots, Adolfas Mačiulis and Alvydas Selmistraitis, both over 60 years of age and with more than 15,000 hours of flight experience, were the only people onboard.

Another vessel of the Lithuanian navy, Kuršis, has been recalled from military manoeuvres in Estonia to join the search mission. The ship is equipped with underwater radars.

The Lithuanian Ministry of National Defence decided to send Kuršis to help search for the missing plane after the daughter of one of the pilots, Brigita Mačiulytė, contacted Defence Minister Juozas Olekas, who is currently abroad, on Monday evening. Mačiulytė reportedly confronted the minister about why the ship, equipped with special underwater radars, had been sent to international military exercise rather than the search mission.

Minister Olekas soon called back to Mačiulytė to inform her that Kuršis would be recalled from the manoeuvres in Estonia and sent to the search area.

The search zone currently covers a strip of 63 nautical miles from the coast between Klaipėda in Lithuania and Liepaja in Latvia.

Minister Olekas has also promised to families of the two missing pilots that the search will continue until at least Wednesday morning.

Captain Lieutenant Antanas Brencius, deputy commander of the Lithuanian navy, told LRT television on Tuesday morning that the ship Šakiai had not found any traces of the plane or the pilots during the night.

"On Monday evening, the Lithuanian air force's helicopter Mi-8 was continuing the search. Aircrafts will be deployed on Tuesday, too, provided that weather conditions allow sufficient visibility. Kuršis is already near the search zone. We are looking for anything afloat that can give us information about the missing plane or its crew," Brencius said.

Lithuania resumes search for missing An-2 plane in Baltic Sea

Search for an An-2 civil airplane that went missing above the Baltic Sea on Saturday afternoon with...

On a flight from the Swedish city of Gothenburg to the Lithuanian port city of Klaipėda, the Palanga...

Rescuers to decide whether to continue search for missing Lithuanian plane

On Monday, Lithuania's rescue services are to decide whether to continue search of a plane that went...

The search for a Lithuanian-registered plane that went missing on its way from Gothenburg to Lithuania...