Activists in Vilnius rally in support of Palestine 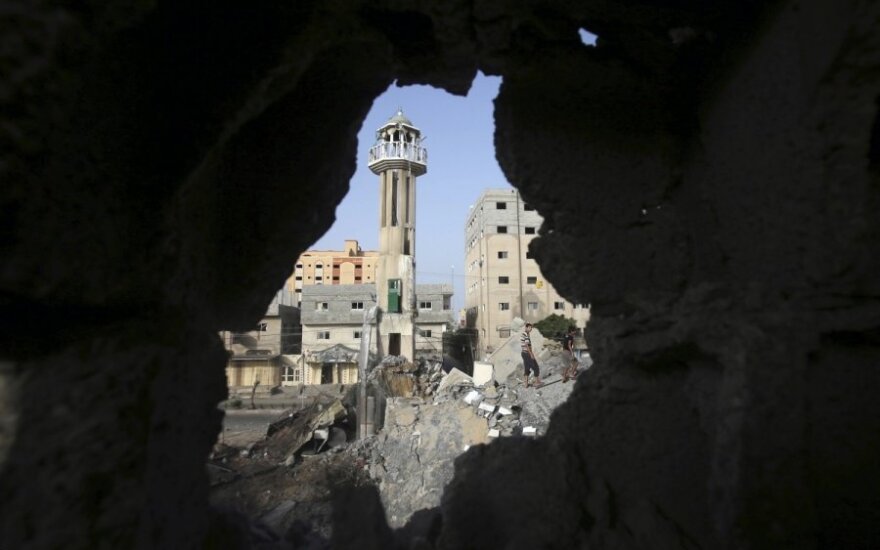 A few dozen participants of the action held Palestinian flags, children's shoes and backpacks, pictures of children, and signs calling for a "Free Palestine" and "Childhood Without Bombs."

"We want to convey that some 130 children were killed in Gaza in 14 days, and they account for nearly 30 percent of all casualties – there have been about 600 people killed by now, and about 80 percent of them are civilians. We want to communicate that children should not be involved in a war, children should not be affected, regardless of who is fighting over what," Tervidytė said.

On Wednesday evening, the Jewish Community of Lithuania is holding an event to support Israeli troops. The meeting will take place in the community's premises.

Israel is continuing the operation started on 8 July, saying it is aimed at suppressing the missile and mortar attacks of Palestinian fighters.

The military campaign has claimed more than 570 Palestinian lives, along with the lives of 27 Jewish soldiers and two Israeli civilians.

For a past week, to talk about the ongoing Israeli-Palestinian relations objectively became quite a...

Foreign Ministry advises Lithuanians against traveling to Israel and Palestine

The Ministry of Foreign Affairs urges Lithuanian citizens who are now in Israel and Palestine to...

Lithuanian does not plan to join the initiative of 17 EU member states to warn their citizens against...