EN.DELFI
aA
The name of Lithuania will be reiterated louder than ever at this year’s Karlovy Vary International Film Festival which opens today. After a 15-year hiatus the audiences will have an opportunity to see a retrospective of classics from the Baltic countries titled “Reflections of Time: Baltic Poetic Documentary”. World premieres of two renowned Lithuanian filmmakers will take place at the festival with both films participating in the competition programmes. Lithuanians will also actively take part in industry events, a press release from the Lithuanian Film Centre states. 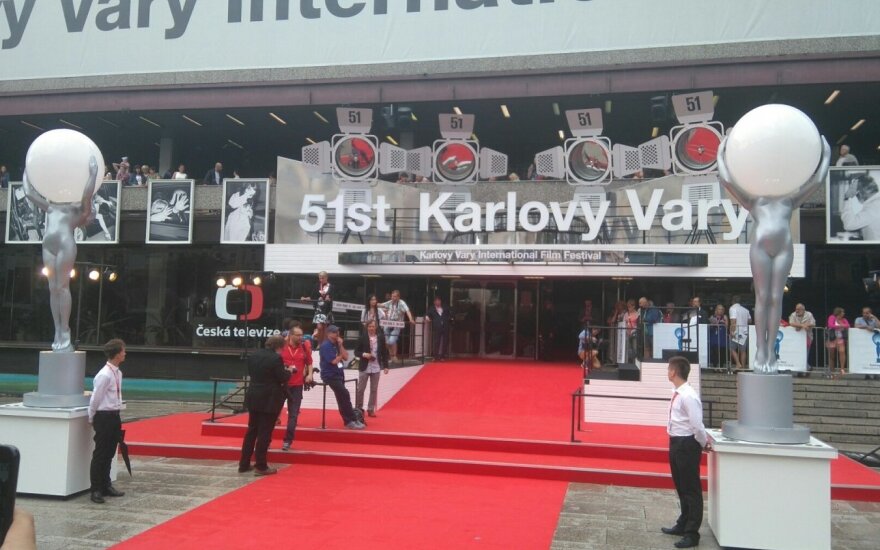 The tripartite retrospective “Reflections of Time: Baltic Poetic Documentary” that will be screened from June 29 to July 7 offers a rare occasion to see key documentaries from Estonia, Latvia and Lithuania described by the festival’s artistic director Karel Och as a “unique report on the Baltic cinematic miracle.” The programme will be headlined by Audrius Stonys’ latest film Bridges of Time co-directed with the Latvian filmmaker Kristīne Briede. The film portrays the birth of poetic documentary in the Baltic republics. The co-production of three Baltic countries is a metaphysical essay meditating on the ontology of documentary film, revealing a subtle yet powerful fight against the regime and the desire for freedom. The film will also contest in the documentary competition.

The programme is focused on the 1960s – the ‘renaissance’ of the documentary cinema in the Baltic states when filmmakers started transforming the conventional principles of narrative and aesthetics and experimenting with the cinematographic language. The retrospective programme includes key poetic documentaries from the New Baltic Wave film school created during the 1960s and 1970s as well as works from the filmmakers who emerged after the restoration of independence and were heavily influenced by the New Baltic Wave.

Beside the premiere of the Bridges of Time by Stonys and Briede, Lithuania will be represented by Robertas Verba’s documentaries The Old Man and the Land (1965) and The Dreams of the Centenarians (1969); the works from the 1970s filmmaker Henrikas Šablevičius Apolinaras (1973), A Trip Through Misty Meadows (1973) and We Were at Our Own Field (1988); Šarūnas Bartas’ film from the early independence period In Memory of a Day Gone By (1990); as well as Audrius Stonys’ documentaries Earth of the Blind (1992) and Antigravitation (1995).

The Latvian part of the programme will include films of the classic authors of the Latvian poetic documentary Ivars Kraulītis, Aivars Freimanis, Herz Frank and Uldis Brauns, as well as the modern filmmaker Laila Pakalniņa. Estonia will be represented by the 1960s and 1970s documentaries from Andres Sööt, Ülo Tambek, Hans Roosipuu, Mark Soosaar.

The last time Baltic cinema was featured in the Karlovy Vary Film Festival was in 2003. The programme included works of classic Lithuanian filmmakers – Vytautas Žalakevičius’ feature The Chronicle of One Day (1963), Algirdas Dausa’s and Almantas Grikevičius’ Feelings (1968), and Algimantas Puipa’s A Woman and Her Four Men (1983) – alongside Andrius Šiuša’s And He Bid You Farewell (1993) and Šarūnas Bartas’ Corridor (1994).

The international premiere of Giedrė Beinoriūtė’s feature film Breathing into Marble will also take place at the Karlovy Vary Film Festival. The film which was nominated for five Silver Cranes at the Lithuanian national film awards this year and won the prize for the best supporting role was selected for the Karlovy Vary IFF competition programme “East of the West”. The story based on the novel by Laura Sintija Černiauskaitė reveals a complicated story of a family involving an epileptic son Gailius and an adopted unruly child Ilja taken from an orphanage. The film explores their relationship.

During the past decade four Lithuanian films have been selected for the competition programme “East of the West” – Together For Ever directed by Lina Lužytė in 2006, Aurora and The Collectress by Kristina Buožytė in 2012 and 2008, and Low Lights by Ignas Miškinis.

The main competition programme of the Karlovy Vary Film Festival will also feature the Lithuanian minority co-production film Jumpman (directed by Ivan I. Tverdovskiy) co-produced by Ieva Norvilienė (production company Tremora). The last time Lithuania was mentioned in this programme was two decades ago when A Wolf-Teeth Necklace by Algimantas Puipa was selected for the official programme in 1997.

Lithuania will also be visible throughout the film industry programme that will take place during the festival. The Latvian-Lithuanian-Belgian co-production Oleg was selected for the Eastern Promises Industry Days consisting of nearly 40 projects in the various stages of production from Central and Eastern Europe as well as Balkan, Middle East countries and Eurimages member states. The film directed by the Latvian filmmaker Juris Kursietis is co-produced by Lukas Trimonis (production company In Script), with the leading role played by the Lithuanian actor Valentinas Novopolskis, original score created by the composer Jonas Jurkūnas, sound directed by Vytis Puronas, and episodic appearances by Valentinas Krulikovskis.

The Lithuanian sound director Jonas Maksvytis who received the Silver Crane for the best professional work on the film The Ancient Woods (directed by Mindaugas Survila) at this year’s Lithuanian national film awards will participate in the panel discussion “Artisans in Focus” along with other highly talented professionals from a range of fields.

The Karlovy Vary International Film Festival founded in 1946 is the biggest in Czech Republic and one of the most important among the European film festivals taking place in the resort town of Karlovy Vary in July each year.

The production of all Lithuanian films participating in the festival and the industry programme has been supported by the Lithuanian Film Centre. The documentary retrospective has been prepared in cooperation with Lithuanian, Latvian and Estonian national film institutions. It is a tribute to the centenary of restoration of independence of the Baltic republics.

In April, for a whole week the German city of Wiesbaden becomes a meeting point and a promotion...