Ian G. Díaz
aA
After months of anticipation, the MO Museum of Modern Art has officially opened its doors to general audiences. On the first of a four-day event, the first visitors were treated with numerous conferences, concerts, and performances that enhanced the lure of the main exhibition.
Sekite svarbiausias naujienas socialiniuose tinkluose! 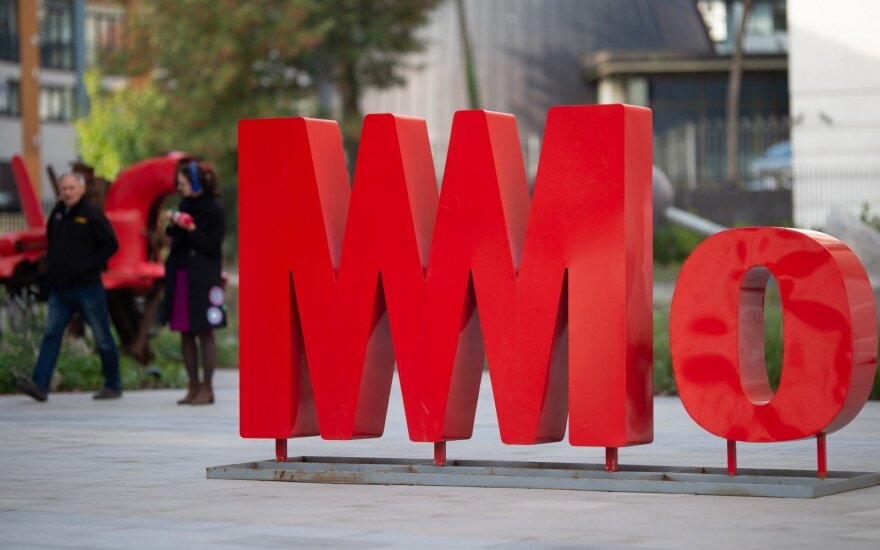 MO´s permanent display is set to shed some light on the works of a set of artists that were partially ignored by an environment heavily influenced by State policy during the Soviet period. Therefore, Antanas Sutkus´ stills of 1960´s Vilnius everyday life, located in the second floor of the building, serve as an introduction that allows viewers to "un-prejudice" look back in time upon Vilnius´ streets and to a movement of photographers that eventually would move away completely from the socialist realism aesthetic of the time.

The third floor of the museum, its main exhibition hall, hosts the MO´s largest catalogue of artists on display. Besides the individual value of each of the pieces exposed, it is important to highlight the effort to keep a clear and easy to follow undergoing narrative throughout the exhibition, even in its most subtle details. The contrast created by Paulius Juška´s "realistic painting style," face to face, to Egle Ridikaite´s un-polished graffiti-style paintings, is something worth mentioning.

Although most of the works exhibited now are paintings, there are a couple of eye-grabbing video-installations like Jurga Barilaite´s "Storm in a Glass" or Andrius Kviliūnas series of videos, that will satisfy those looking for interdisciplinary artworks.

Besides visiting the exhibition halls, the museum also counts with a reading room, a coffee shop and a gift shop where you can buy some of the art catalogues and other materials already published under the MO´s name.

As satisfactory as a visit to the MO can be, it is not without its flaws. All of the conferences and discussions scheduled to celebrate the opening will be exclusively in Lithuanian, leaving some of us out. I was looking forward to participating in several of them given the interesting topics of discussion, therefore my disappointment when I realized it would be futile for me to attend.

Still, it is a minor complaint, considering that all of the exhibition is bilingual and there are several concerts and other art shows without any language barriers in the programme.

Just before ending my (first) visit to the museum I decided to quickly take a stroll through the sculpture garden on the northern side of the building. Unaware yet that I would find something familiar. Illuminated casually, the metal sign from the old Lietuva cinema was standing right in the back. It is unequivocally a nod to those who remember the controversy that raised before the cinema was demolished and now to the own museum's history. Maybe it can also be seen as a lucky charm on the hopes that as it did with the Lietuva cinema, the city embraces its new museum.

The MO Museum of modern art, to be opened in Vilnius on Thursday, will provide an opportunity for...

The Meno Niša gallery opened new exhibition MOnikos on October 4, in dedication to the opening of MO...

Opening of MO Museum in Vilnius to last four days, with 346 pieces in initial exhibition

The opening of the MO Museum of modern art in Vilnius will start on Oct. 18 and will last four days,...

When art and tech unite, paintings start to talk in Vilnius

On Saturday more than 50 participants met in Vilnius at the first hackathon of arts and tech...

Art lovers and professionals should mark June 7-10 on their calendars as ArtVilnius’18, an event...