Ludo Segers | the Lithuania Tribune
aA
Gender equality has still a long way to go in the EU, although Europe is considered one of the leaders in the world. 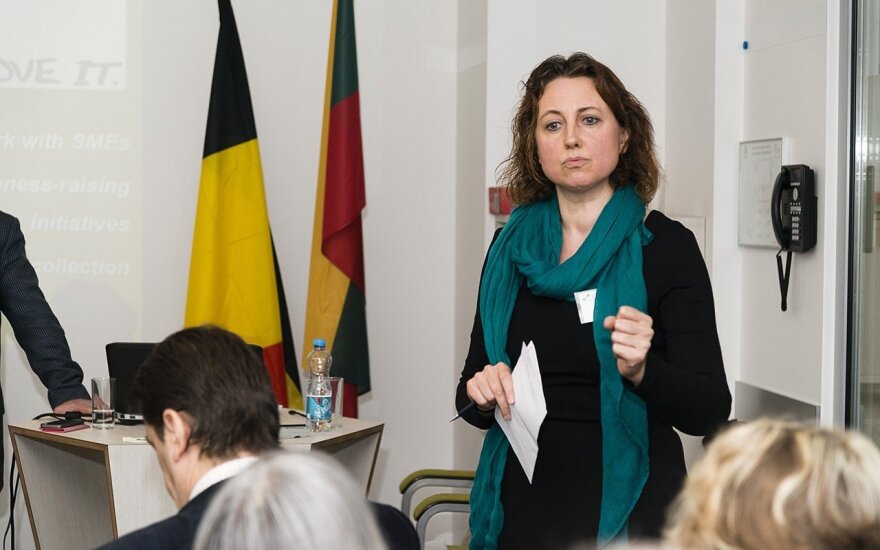 Sweden, Finland, Denmark and the Netherlands are leading in gender equality. Although Lithuania leads in the percentage of woman having completed post-secondary education in the EU, pay equality is still far-off. Lithuanian women not only work in substantially lower positions than men, they occupy lesser-paid types of jobs in education and care-giving fields. As a result, women get much lower pensions when they retire, 39% less than men.

The fact that life expectancy for Lithuanian men is among the lowest in the EU means that many women live for many years in relative poverty after retiring and burying their spouses.

These facts were presented at a well-attended breakfast meeting of the European Business Network in Vilnius on Thursday. Few Lithuanians may be aware that the European Institute for Gender Equality is based in Vilnius. Belgian Honorary Consul Jacques Barbier introduced Dr. Jolanta Reingardė, a senior researcher, and Mr. Maurizio Mosca, a gender expert in the labour market.

Dr. Reingardė demonstrated how several countries have gone in the opposite direction than the EU's goal of closing the pay gap. Lithuania in particularly has regressed over the last few years. Poland and Hungary were singled out for having taken steps to slow down the process towards gender equality. Finland was singled out as having made a lot of progress. Not only is Finland doing well in high school PISA tests, the country has achieved many additional side benefits by employing more men at schools and offering better pay in the educational field.

Dr. Reingardė said: "A change in culture and a transformational approach is needed." That requires not just policy, but nothing less than a different mindset. Parents influence the type of studies their children will choose and the jobs they eventually will work at. Stereotypes seeing woman as better in care-giving and education persist.

The Dutch Ambassador van der Lingen pointed out how the Netherlands leads in part-time jobs that benefit better quality of life. Ambassador David Noonan of Ireland spoke about political parties having been forced to have an equal number of women candidates on their ballot during the last national elections in Ireland. That resulted in more women in parliament.

Electing woman to boards of public companies is a much more daunting task and women are still substantially under-represented. A woman, former French Finance Minister Christine Lagarde, may chair the IMF, but none of the 28 EU countries represented has a woman among the country representatives. Only one country in the EU, Cyprus, has a woman Central bank governor.

There appears a long road ahead to achieving some form of equality. Dr. Reingardė said: "We estimate that it will take 80 years at the present pace to achieve that." Gender equality will not be achieved in our lifetime, unless serious action is taken and mindsets are changed.

Lithuania has been ranked second in the world for the number of women in top management positions in...

Men dominate central banks, finance ministries and boardrooms throughout Europe with only one in every...