BNS
aA
Rescuers of Jews were awarded with certificates testifying their legal status as participants of freedom fights. The ceremony on Thursday included words of gratitude and critical remarks to the government for delays. 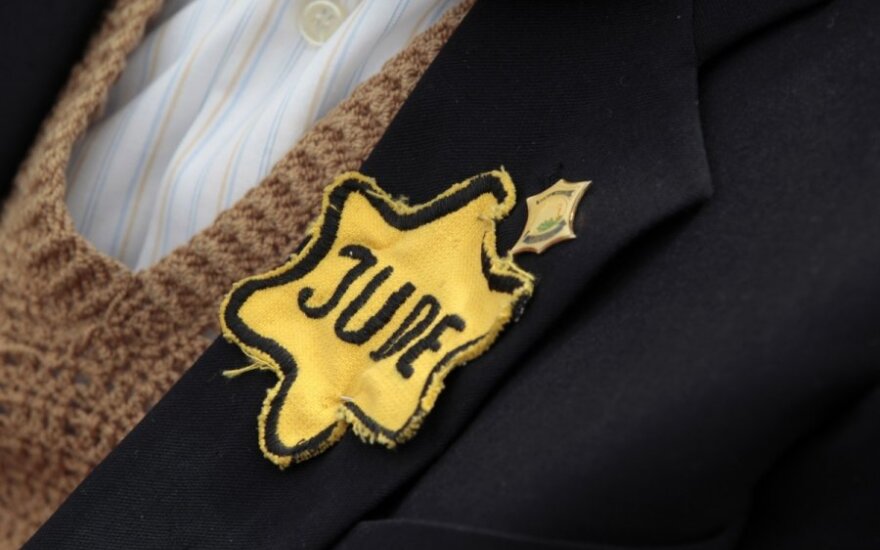 "To be exact, about 180 rescuers were still alive four years ago, and today there are just over 100 left," Šidlauskas said at a ceremony in Kaunas on Thursday.

The Lithuanian Jewish Community's leader Faina Kukliansky has said she herself comes from a rescued family, adding that rescuers deserve more appreciation – in her words, monuments should be built to honour the rescuers, with schools and streets named after them.

Related articles
“He was like a captain of a ship,” Kaunas ghetto resistance leader commemorated at Holocaust Exhibit
American and Lithuanian institutions to merge Jewish archives online

Meanwhile some of the rescuers or their children told BNS they were not angry with the government.

"I don't know, I'm just living my life," Fulgentas Levulis of Utena said in comment of the prolonged discussions on the status.

He said he was a teenager during World War II when his family was hiding three Jewish siblings – two sisters and their brother – in the Lazdijai district, southern Lithuania.

"None of them is alive, they're all dead," he said.

Another rescuer, Juozas Straupis, who received the certificate on his parents' behalf told journalists he still recalled his family's efforts to rescue Jews, although he had been only five at the time.

"My mother's sister was a teacher in Alsėdžiai and she knew a police chief who would notify in advance about upcoming checks. I would see out the window that they're coming, I, a small child, would run and tell Mania and Valia to hide," said Straupys who was the first one to raise the issue of recognizing rescuers of Jews as freedom fighters.

The legal status has been granted to 80 rescuers of Jews, including seven post-mortem. They have been allocated a second-degree monthly state pension of 400 litas (EUR 115.9) as of 1 October.

In June, parliament adopted amendments on the legal status of freedom fighters to rescuers of Jews and a state pension.

The government had initially proposed to the Seimas to postpone the adoption of the amendments due the a lack of funds but were forced to change their minds after coming under fire from the public citing the Cabinet's decision to raise wages politicians and civil servants.

During World War II, the Nazis, often assisted by their Lithuanian collaborators, massacred about 90 percent of the pre-war Jewish population of more than 200,000.

The Israel-based Yad Vashem centre of Holocaust studies has recognized 867 Lithuanians Righteous Among Nations for rescuing Jews, with new names added to the list.

According to data provided by the Lithuanian Genocide and Resistance Research Centre, there are currently only around 150 people who risked their lives during WWII to save Jews.