aA
The award-winning founder and director of the International Centre for Litvak Photography Richard Schofield recently commissioned a piece of music to be performed as part of the 75th anniversary of the establishment of the Kaunas Ghetto.
Sekite svarbiausias naujienas socialiniuose tinkluose! 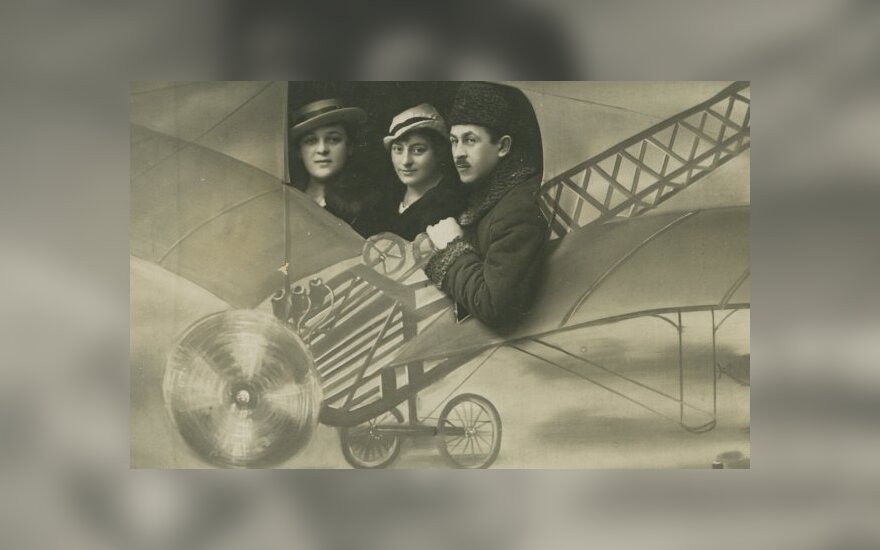 You can support the project by following this link.

The predominantly electronic composition, called the The Kaunas Requiem, is being written by the young Ukrainian composer Anton Degtiariov and will be premiered in Kaunas over an uninterrupted, seven-day period, ending on the evening of September 23, Lithuanian Holocaust Remembrance Day.

Played in its entirety, The Kaunas Requiem would take 75 years to perform.

The event is inspired by the family photographs that were smuggled out of the Kaunas Ghetto in 1944. The rare photographs will be used in an experimental print/digital installation to be showcased alongside the performance. In 2013, Richard Schofield, an English photographer and curator living and working in Lithuania for the past 15 years, uncovered a collection of 111 Litvak (Lithuanian Jewish) family photographs and other documents that had been smuggled out of the Kaunas Ghetto by a family whose identity and fate remain unknown.

In danger of being damaged, lost or even sold into private hands, the photographs, taken during the first four decades of the 20th century, were scanned on Richard’s recommendation with the assistance and financial help of the United States Holocaust Memorial Museum in Washington DC.

Together with the photographs were other documents showing evidence of musical connections within the unidentified family. Richard decided that commissioning a piece of music would be the best way to honour and respect the archive whilst attracting and engaging today’s almost exclusively ethnic Lithuanian population of Kaunas who know little about Lithuania’s rich and diverse Litvak past.

Between 1941 and 1944 around 95 percent of Lithuania’s pre-war Litvak population of over 200,000 men, women and children were murdered by the Nazis and their willing Lithuanian collaborators. The project is part of a series of events organised by the International Centre for Litvak Photography aimed at helping Lithuania come to terms with its past.

Five facts about the project