3 lecturers of Vilnius Academy of Art accused of sexual harassment

BNS
aA
Ethics watchdogs of the senate of the Vilnius Academy of Art is looking into student complaints over possibly unethical conduct of three of the academy's lecturers. 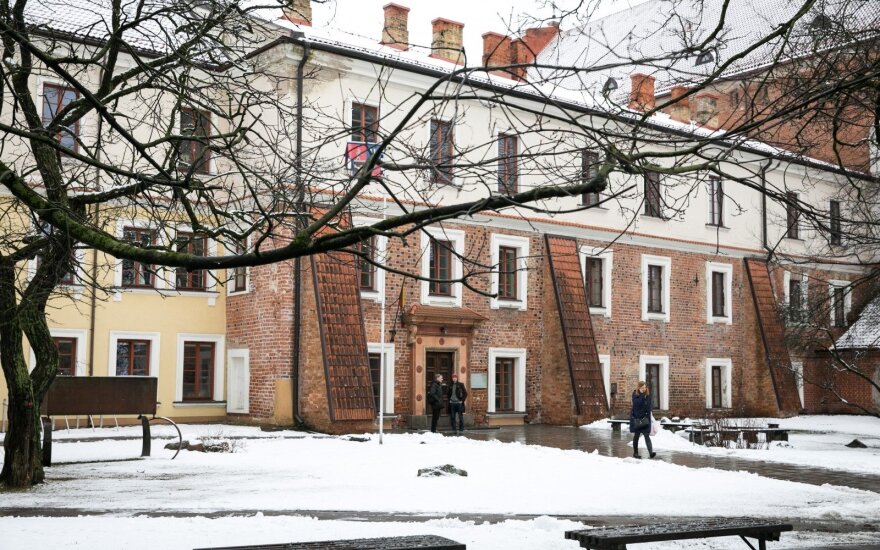 Photographer Gintautas Trimakas and psychologist Arvydas Liepuonius who work at the university and painter Jonas Gasiūnas who left his post earlier this week have been accused of sexual harassment.

Architect Marius Saliamoras, chairman of the ethics committee, told journalists after the Friday's meeting that information was insufficient for evaluation of the conduct of Trimakas and Liepuonius, adding that Gasiūnas was condemned.

"I would be very glad to see the persons who came forward to lose their anonymity so we could talk about the problems in an open conversation or an open discussion, as it is possible that in some instances the harassment could be simple cultural miscommunication," he said.

The ethics committee has received a complaint signed by 19 former and current students about undue conduct of Gasiūnas. In Saliamoras' words, the complaint suggests the painter had sexual intercourse with his female students.

"The conduct of Jonas Gasiūnas is incompatible with the name and duties of an VDA lecturer, it humiliates human dignity and is unacceptable in an academic community and environment," he added.

Saliamoras said there was a need for training for lecturers and students about proper conduct.

Earlier this week, anonymous testimonies of former VDA students about Gasiūnas, winner of the National Culture and Arts Prize, appeared on an online blog – a few females said they had had sexual intercourse with Gasiūnas during their years at the academy, adding they had been subjected to his pressure and humiliation.

After the publication, a few young females told Info TV television they had also suffered sexual harassment of Trimakas. A testimony about undue behavior of Liepuonius appeared on the blog on Thursday.

The Ethics Committee of the Senate of the Vilnius Academy of Arts , or VDA, is holding a meeting on...

Jonas Gasiūnas , professor at the Vilnius Academy of Art and National Prize winner, is stepping...

Allegations that Jonas Gasiūnas , a professor at Vilnius Academy of Arts , prominent painter and...

Vilnius prosecutors will look into the public reports about possible sexual harassment after...