www.lrt.lt
aA
A Lithuanian artist has built a giant lipstick tower which will be exhibited in Hong Kong shopping mall and will even be inspected by Guiness World Records representatives. 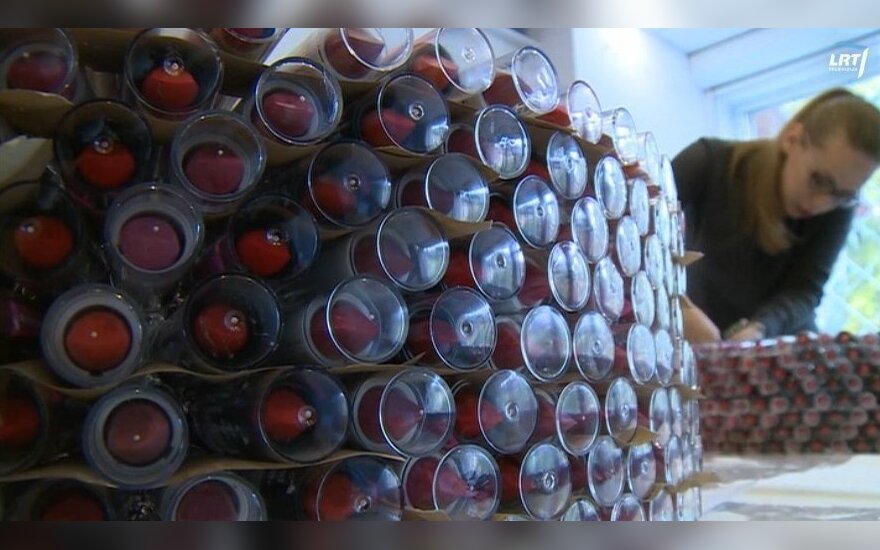 Agnė Kišonaitė, who has previously made art installations from women's toiletries, says it took her a month to construct the three-metre lipstick tower.

"At first, I carefully calculated proportions so that the tower looks appealing. I had made one before, so constructing a second was easier. I did many blueprints at first and then started looking where to buy so many lipsticks, which colours were available," Kišonaitė told LRT television.

The installation was completed with the help of 12 volunteers. Constructed in Vilnius, the piece will be exhibited in Hong Kong.

"I was contacted by an agency, we exchanged emails on the terms. Once we signed all the agreements, I discovered the piece would be exhibited in a multi-storey shopping mall. Apparently, showing art in shopping centres is popular in China," Kišonaitė said.

On November 10, a commission of Guiness World Records is coming to take a look at the structure which is a candidate to be included in the coveted list of world records.

The Lithuanian artist says it took considerable effort to qualify for the opportunity: the process had to be filmed throughout and she was prohibited from using any other materials besides lipsticks and glue.

"There's a 25-page contract with all the rules spelled out, for instance, I cannot use any additional structures when building my lipstick tower, everything must be made of lipsticks only. I'd planned to make a tower of 6,000 lipsticks, but one I started working out the construction, I ended up with 20,000," Kišonaitė said.

The lipstick tower will remain in Hong Kong as a permanent installation in the shopping centre.