14-year-old chronicler of the Vilna Ghetto

(1)
Jūratė Juškaitė, veidas.lt
aA
More than seven decades ago, long queues of people would line outside the house number 4 on Žemaitijos Street in Vilnius. Each day, two hundred hungry and exhausted creatures came to the library of the Vilna Ghetto - not for bread, but for books. 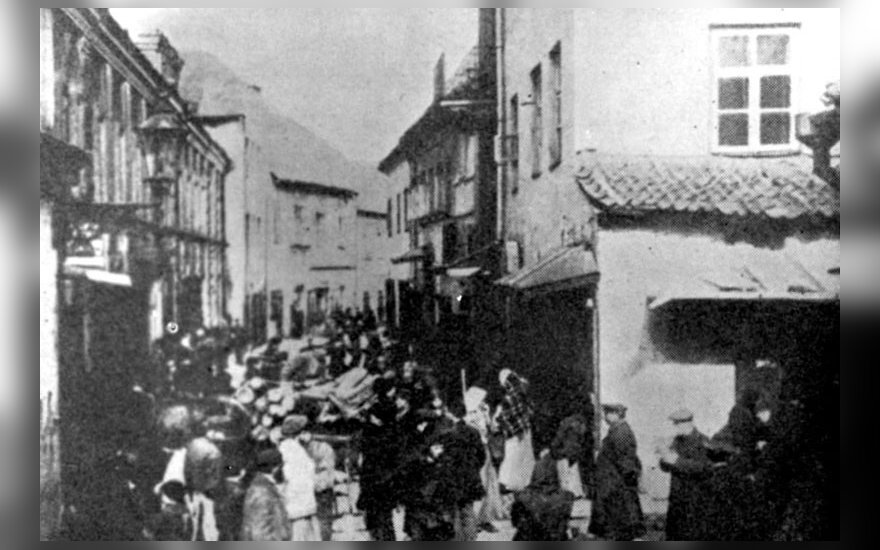 Among them was Yitskhok Rudashevski who has left to the world a narrative about life in the Jewish prison at the heart of Vilnius as seen through his adolescent eyes.

When in December 1942 the library celebrated having issued 100,000 books, the event, hosted at the ghetto theatre, was witnessed by the piercing eyes of Yitskhok Rudashevski, who described the occasion in his diary thus:

"Today we are celebrating at the ghetto, because the library issued 100,000 books. [...] Reading is my biggest pleasure in the ghetto. Books connect us to the future, a book connects us to the world..."

The young Jewish boy, who had shown aptitude for languages, history and literature, started writing his diary in June 1941, on the same month when Lithuania was occupied by Nazi Germany. The diaries survived the war, but their author was lost to one of the pits near Paneriai.

'I was separated from everything dear to me'

Yitskhok was born in 1927, his father Eliyahu worked in a printing house and his mother was a seamstress. Before the war, the family's only child went to the prestigious CBS Jewish gymnasium. But studies and childhood were interrupted when the Nazis entered the city - all Jews were herded into two ghettos in Vilnius and later exterminated.

"A beautiful sunny day has begun... The streets are restless. Jewish workers are allowed to go to the ghetto for Vilna Jews. People at their homes are packing. Women are running back and forth. They wring their arms when they see their homes look as if after a pogrom. I drifted, with bleary eyes, among bundles, observing how they were moving us out of homes overnight. [...]

"I look at my home turned upside down, at bundles, at people who are confused and hopeless. I see things dear to me thrown around, things I habitually used. We are carrying our bundles to the yard. Another mass of Jews is flowing into the ghetto along our street. A handful of Jews from our yard start dragging things towards the gate...

"Harnessed people are towing things on the pavement. They are falling down, their bundles dispersing on the street. A woman with her pack stumbles in front of me. A stream of rice starts pouring out of it. I am walking heavy-hearted and grumpy... 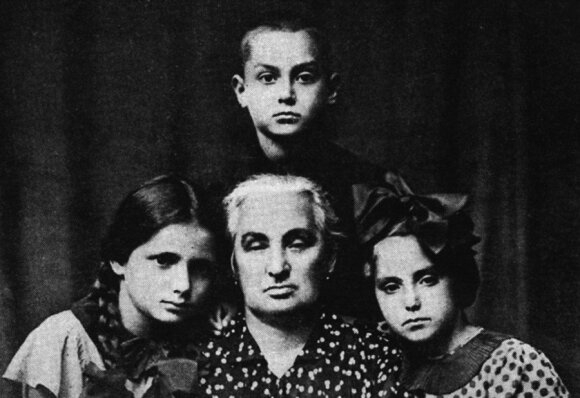 "Here's the ghetto gate. I feel like I've been robbed, as if someone took away my freedom, my home, my streets of Vilnius that I know and love. I was separated from everything dear to me. [...]

"I throw off the bundles that are cutting into my shoulders. I find my parents and here we are at home, in the ghetto. It's twilight, darkness around and it's raining. [...] Besides us four, there are eleven more people in the room," 14-year-old Yitskhok described his move to the ghetto.

'Everything must be written down, even the most horrible events'

Several dozen diaries, written by teenagers in ghettos and hiding places, have survived the Holocaust. One was written in Kaunas by Tamara Lazersonaitė, the daughter of Professor Vladimir Lazerson who was one of the founders of psychology in Lithuania. Also survived the memoirs of Masha Rolnika, a girl who was brought to the Vilna Ghetto from the Soviet Union.

Yitskhok's diaries stand out as works by an adolescent who thought of writing as an opportunity to not just relate his feelings, but also to capture events and, by the same token, history. "I think that everything must be written down, even the most horrible events. Everything will be important later," Yitskhok wrote.

He used his ability to think in historic terms when describing suffering of others. He joined a group of historians and interviewed people in the ghetto, documenting their harsh experiences.

"I tried the trade of a historian," Yitskhok wrote. "I'm sitting down at my desk and writing down the biggest pain with the cold objectivity of a historian... Their tragedies and horrors will be put into my words."

With his writings, Yitskhok joined the Jews who fought with their spirits and thought of their intellectual lives as a form or resistance. Staying human amidst inhumanity is a heroic feat. As the controversial ghetto police chief Gens described the situation, cultural activities allowed people to escape the ghetto if only for a few hours. The Jews' bodies stayed imprisoned, but their souls could could not be enslaved by the Nazis.

'We could be fated for the worst'

Unfortunately, the end came soon enough and the approaching doom is felt in Yitskhok's diary. He wrote down his last prophetic observations on April 7, 1943, days after several thousands Jews had been taken to Paneriai and murdered: "We could be fated for the worst."

The diary ends in April and the following September saw the beginning of the final solution in the Vilna Ghetto. Its few remaining residents were sent to be executed in Paneriai or to concentration camps. Yitskhok's parents had decided not to trust fate and had gone into hiding. Unfortunately, their hideout was discovered two weeks later - the Rudashevski family and their relatives were taken to execution in Paneriai.

Still, a small miracle did happen on the way to Paneriai. Yitskhok's cousin Sarah Voloshin managed to escape and join partisans in the forest. Sarah survived the war and returned to her family's hiding place, where she discovered Yitskhok's 204-page diary. She made sure that "The Diary of the Vilna Ghetto" be published in Yiddish, Hebrew, English and German. Lithuanian readers are still waiting for a translation into their language.

In August, a memorial cobblestone will be unveiled in Vilnius, outside the house No 8 on Rūdninkų Street, where Yitskhok used to go to school before the war. One of about 53,000 Stolpersteine by the German architect Gunter Demnig, who has memorialised Holocaust victims in the pavements of hundreds of towns across Europe, will remind us of the chronicler of the Vilna Ghetto.

The project is carried out by the Lithuanian Centre for Human Rights. As part of the project, the annual documentary film festival "Inconvenient Films" will include a retrospective of the Holocaust on film.