Agnia Grigas, Les Lo Baugh
aA
As the crisis in Ukraine is escalating with the prospect of Russian military intervention, there is every reason to believe that Vladimir Putin will use other weapons at his disposal. Thus European nations are increasingly - and justifiably - worried about the impending winter months when Russia could ratchet up the pressure on Europe, as it has done in the past, by imposing another gas halt with the consequent loss of life and negative economic impacts. 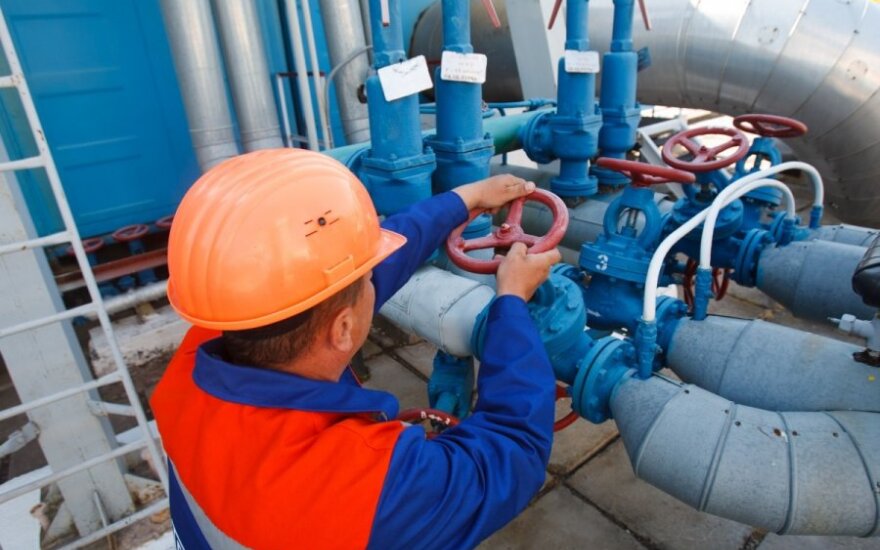 Meanwhile the US experiences an explosion of domestic gas production and many in Europe hope that an increase in American Liquid Natural Gas (LNG) exports could preempt a looming crisis.

Certainly it is not in the best interest of the US for its allies to be dangerously dependent on monopolistic imports from Russia or anywhere else. However, instead of sending a clear message that LNG export licenses and American energy leadership are coming, the US Senate has put off addressing legislation on LNG exports until September, a risky delay when US LNG could be a life-saving game-changer for Europe.

In Washington the political debate centers on whether the US should export LNG to non-free-trade agreement countries and whether these exports can impact geopolitics and improve the energy security of America's allies. But the facts are clear. Ukraine and about a dozen EU and NATO member states import more than 50% of their gas from Russia. Overall, Europe receives up to 30% of its gas from Russia, half of it by pipeline via Ukrainian territory. Even before the conflict in Eastern Ukraine, the pipeline was halted in 2006 and again in 2009 while Gazprom set monopolistic gas prices for much of Central and Eastern Europe. While American LNG may never fully replace Russian gas on the European continent, it can play an important geopolitical and an economic role. LNG imports could enable states presently dependent on Russian gas to diversify and reduce reliance on long-term contracts with Gazprom, to dampen price gouging and to reduce the influence of potentially hostile states. (Reducing domestic corruption stemming from monopolistic energy markets will be an added benefit that would enable economic growth and reform.)

Government analysis demonstrates that US natural gas reserves exceed all reasonable estimates of US demand for at least 70 years; yet some critics say the US should hoard all gas to "maintain" low domestic energy prices or to ensure a competitive advantage for select US companies. However, as the leading global producer of natural gas, the US could be a leader in creating a free and open global gas market and supporting our allies as they face strong-arm tactics from energy monopolists. Energy security, a priority for America, is inextricably intertwined with the energy security of its allies. As Secretary John Kerry stated in April 2014 at the 5th US-EU Energy Council Meeting: "I think the difficulties of the recent days underscore the imperative to what brings us here today: energy security - not just for Ukraine but all across Europe - that it frankly requires a major amount of transatlantic cooperation and transatlantic leadership."

But American LNG exports alone, while critical, are not enough to solve Europe's energy dilemma. Large-scale import terminals can cost upwards of a billion dollars. Export terminals can cost upwards of ten billion dollars. Both can take years to complete. Europe, and Ukraine itself, potentially hold shale gas reserves that could be developed in the long-term. However, political intent and even commercial investments are not sufficient to create the needed global market and infrastructure. US vision is required along with US expertise in providing LNG technology and infrastructure.

Countries needing US LNG are taking action now. US companies are welcomed in Eastern Europe, Japan, South Korea and elsewhere, and so is American leadership. At the very least, domestic partisan politics and red-tape should not send mixed signals and impede free commerce.

Even taking steps towards small-scale LNG projects, the likes of Lithuania's Klaipėda terminal, coming online by 2015, can reap impressive rewards through the promise of gas alternatives. A striking demonstration of this effect is that Vilnius has already managed, for the first time ever, to negotiate a discount from Gazprom in its long-term gas contract. Other EU member states are also lining up: Poland is six months away from building the largest LNG terminal on the Baltic Sea, while Croatia, Portugal, Finland, and Estonia are also making plans for enhanced LNG infrastructure.

A basic first step for the US administration would be to expedite issuance of LNG export permits. Most have languished for years and clearing up the backlog would be a boon to energy dependent allies. Some progress has been made - but the US must speed up the progress and send a clear message before Europe falls into the icy clutch of winter. If the US does not move with the pace of the global economy, the market will default to others whose interests are not aligned with the US and its allies.

Agnia Grigas (Ph.D. University of Oxford) is a Fellow at the McKinnon Center for Global Affairs at Occidental College and the author of The Politics of Energy and Memory between the Baltic States and Russia (Ashgate 2013). She served as an energy advisor in the Lithuanian government in 2009. Les Lo Baugh, a partner at Brownstein Hyatt Farber Schreck, has practiced LNG, environmental and corporate law for over thirty years. At the LNG export proceedings before the US Department of Energy, he has strongly advocated that national security and geopolitical considerations should be part of the public interest determination.

On 7-8 August, Minister of Energy Jaroslav Neverovič inspected the work on electrical transformer...

The Agency for the Cooperation of Energy Regulators has decided to divide expenses among the member...

Russia unlikely to cut gas for Lithuania as Kaliningrad would suffer

Russia is unlikely to impose any restrictions on natural gas exports to Lithuania as this would...