Wind power accounts for half of Lithuania's H1 electricity output

aA
Wind power production in Lithuania soared by 40 percent in the first half of 2017 year-on-year to 633 gigawatt-hours (GWh), accounting for half of the country's total electricity output during the six months. 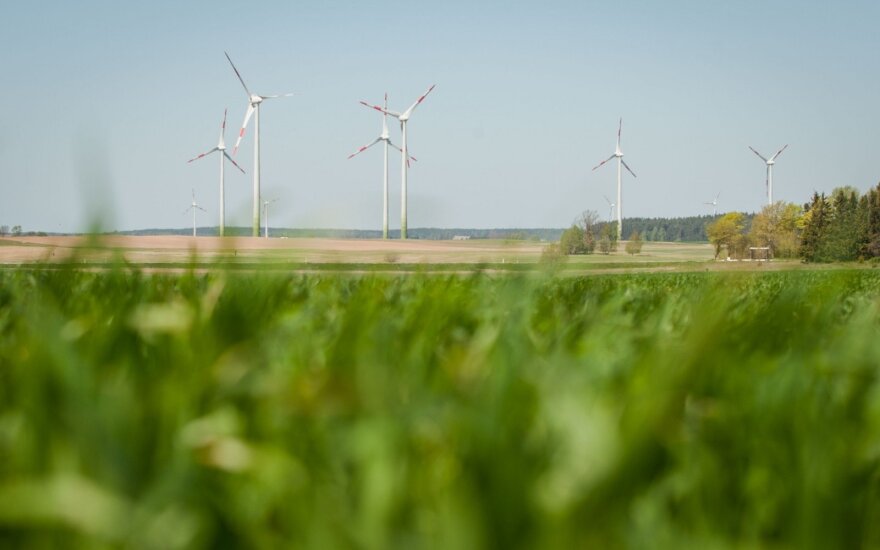 "The newest wind farms that were built last year are operating at full capacity this year," Aistis Radavičius, director of the Lithuanian Wind Power Association, said in a press release.

However, winds were not very strong during the first six months of the year, which means that more electricity will be generated from wind in the country in the future even the sector's capacity is not increased," he added.

According to the press release, Lithuania generated a total of 1,187 GWh and used 5,106 GWh of electricity in the first half. Hydro power plants generated 296.4 GWh, accounting for 25 percent of the total output. Another 221 GWh, or 18.6 percent, were produced by biofuel plants, and 36.8 GWh, or 3.1 percent, by solar plants.

Amberwind operates Lithuania's largest 73.5-megawatt wind farm, followed by Silutes Vejo Projektai with a 60-MW farm and Pamario Jėgainių Energija with a 45-MW farm. The production capacity of other wind farms is lower.

Electricity consumption highest in a quarter of a century

Despite successes wind farms continue to look for government support

The amount of electricity being generated by renewable resources in Lithuania is increasing – in...