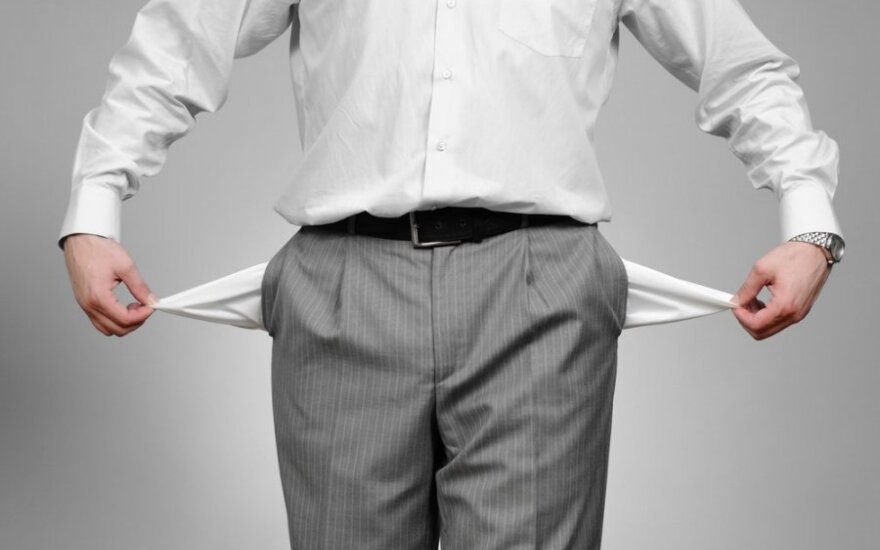 The Law on Bankruptcy of Physical Individuals, adopted in March 2013, allows individuals in excessive debt to restore their solvency by declaring bankruptcy. New amendments came into force on January 1, cutting the bankruptcy procedure from five years to three.

Before, bankruptcy procedures could last up to five years, irrespectively of the size of a debt. In about 19 cases out of 20, courts would set the term for restoring solvency at the maximum, five years.

"I am glad that Lithuania accepted recommendations from the European Commission and cut the term for individual bankruptcy to three years, just like in our neighbours Poland and Latvia," says bankruptcy consultant Algirdas Radušys. "With the shorter term, excessively indebted individuals will be able to restore their ability to pay and come back to active economic activity faster. It benefits everyone."

The shorter term will encourage more debtors to declare bankruptcy in Lithuania, he adds, but many are likely to continue to go to Latvia or the United Kingdom for that.

Unlike in Lithuania, courts in some other countries can launch bankruptcy procedures without calling a creditors' meeting, the ruling cannot be appealed and comes into effect immediately. Creditors are informed about it by the appointed bankruptcy administrator and all they have to do is specify their claims.

Moreover, Latvia's laws allow finishing bankruptcy procedures within a year, if debts do not exceed €30,000. In the UK, they will last one year, irrespectively of the size of the debt.

Meanwhile in Lithuania, a person can declare bankruptcy if their arrears exceed €8,750. Whatever the actual debt, €9,000 or a million, the procedure will last three years.