Which Lithuanian ministers get the highest salaries?

aA
Prime Minister Algirdas Butkevičius is the highest paid member of the ruling government with Defence Minister Juozas Olekas a close second. However, many government ministers are paid significantly less. 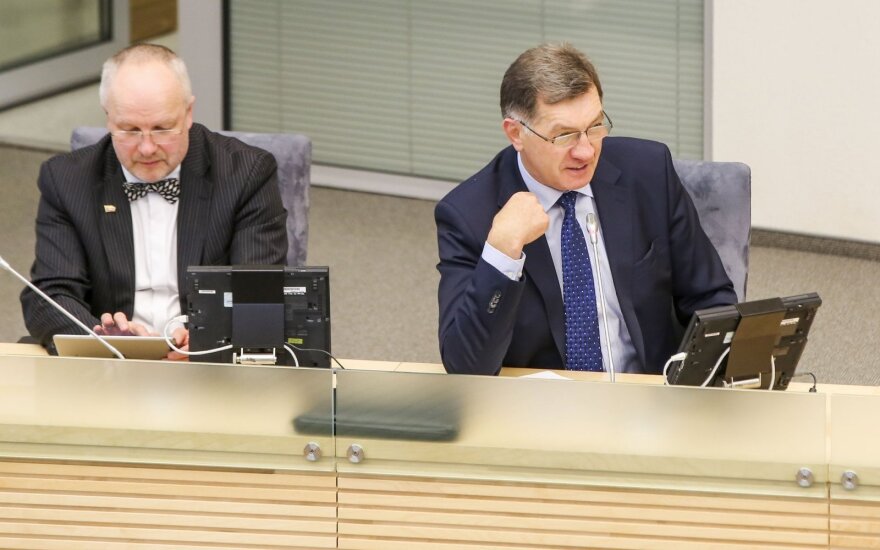 The prime minister earns on average €4,074 a month before tax with the defence minister not far behind with a monthly salary of €3,831.

“The salary is not small in comparison to the average salary in Lithuania. Compared to ministers’ salaries in other countries it no longer seems so. I cannot complain and I am living from what I earn,” Olekas told TV3 Žinios

The lowest earning minister is the one who controls the billion euro energy sector – Energy Minister Rokas Masiulis. He is the only member of the cabinet whose salary declined last year with his monthly salary now at €3,106 before taxes.

While publicly ministers say they are satisfied with their salaries, some, like Environment Minister Kęstutis Trečiokas, said they would not object to a higher wage - his salary last year before taxes was €3,478 a month.

“Of course, our salaries could be higher, but ministerial salaries are at a level you would expect [in comparison to average Lithuanian wage levels],” he said.

Last year Culture Minister Šarūnas Birutis got a monthly €3,385 wage before tax. However, Birutis said, being an MP, he would like to get the wage of a parliamentarian as well.

Finance Minister Rimantas Šadžius gets the same salary as the culture minister while Minister for Agriculture Virginija Baltraitienė saw her salary increase due to additional pay for working in the civil service. Last year, the minister's salary increased by €144 and amounted to €3,758 before tax.

Four Lithuanians have been ranked among the highest earning professionals in the institutions of the...

Lithuanians more satisfied with their wages

Lithuanians are increasingly satisfied with their wages, although over the past several years average...

With the new year will come new changes to Lithuania's tax codes and other laws that will change...