BNS
aA
The Lithuanian government on Monday agreed in principle to grant the status of an economic project of national importance to the planned conversion of the Vilnius Palace of Concerts and Sports, a now derelict building that was built more than 40 years ago on the site of a former Jewish cemetery, to a centre for conventions and cultural events. 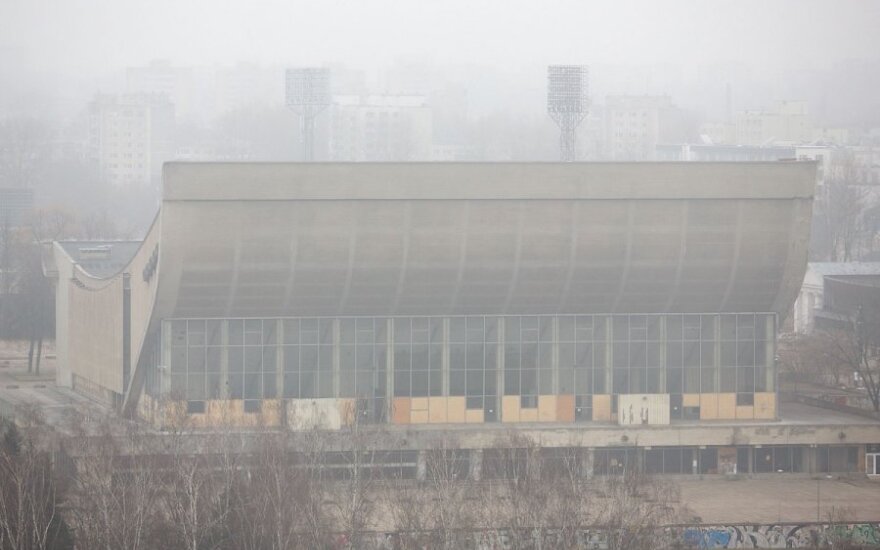 Finance Minister Rimantas Šadžius says that the ministry will now wait for the European Commission's opinion about whether this may be regarded as state aid.

"We will most probably ask the European Commission about whether or not there will be elements of state aid," he told reporters after the Cabinet sitting.

Šadžius does not expect a quick answer from the Commission.

"It will take time, but this project is not short-term either," he said.

The Lithuanian Competition Council believes that the granting of the national importance status may qualify as state aid under EU law.

The competition authority noted in a comment that the European Commission had found that Germany's Erfurt multifunctional arena project, which is similar to the Vilnius sports complex project, constituted state aid.

Šadžius said that the granting of the national importance status meant that territorial planning and construction organization issues would be dealt with much faster.

The state assets manager Turto Bankas (Asset Bank), the developer of the project, is to start talks on the acquisition of the complex from the bankrupt Ūkio Banko Investicinė Grupė (Ūkio Bankas Investment Group, or UBIG). The value of the project, including the acquisition of the building, is estimated to be up to 19.7 million euros. Once completed, the center is to be leased to a selected operator for 10 years.

It is estimated that the Sports Palace will generate 110 million euros in economic and social benefits over 15 years. It is expected to attract 600,000 foreign tourists and 2.2 million local tourists to Vilnius over that time period, with their spending estimated at 183 million and 60 million euros, respectively.

MP proposes to rethink how heritage councils are formed