(1)
BNS
aA
Vilnius Mayor-elect Remigijus Šimašius says that Italian investors who last year signed a deal with the local government on the upgrading and maintenance of the capital's street lighting network so far have not provided arguments to convince the authorities that their project is the best for the city. 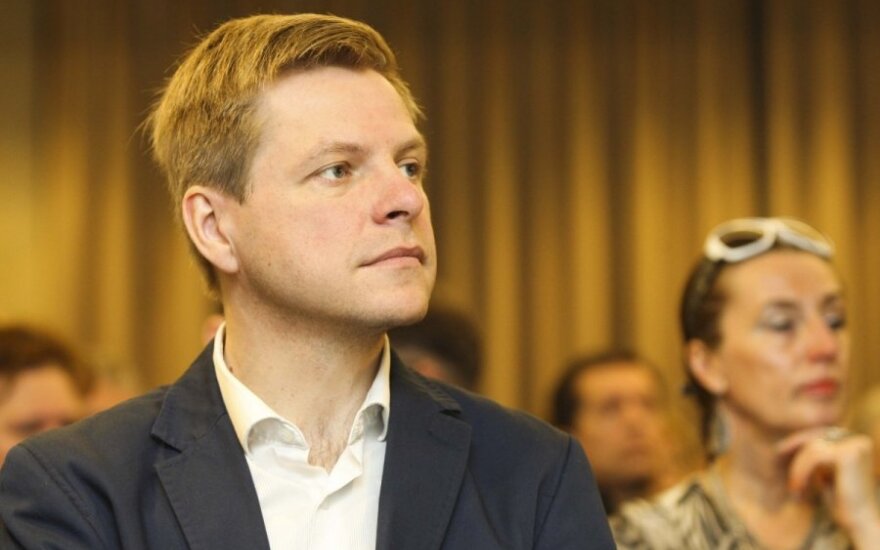 Meanwhile, the managing director of Italy's Gemmo warns that if the agreement were cancelled, that could raise suspicions to prospective foreign investors as to the country's political or legal risks.

According to Šimašius, the city's new ruling majority will reassess the benefits of the project that Gemmo plans to carry out.

"This agreement is a legacy of the previous government. It has various aspects. If we were to put that agreement into practice or extend the deadline for the entry into force of the agreement, we would look into whether it is beneficial to the city," the mayor-elect told BNS.

"It is a fact that the quality of lighting has to be improved and that investments have to be made. However, it has to be looked into whether it is this agreement with this private investor that is the best possible option for Vilnius," he said.

The outgoing City Council of Vilnius is expected to decide during its last meeting on Wednesday whether or not to extend the deadline until 28 June. The opposition and some members of the ruling coalition two weeks ago blocked the decision.

Italy's railway, lighting and other infrastructure building company Gemmo, which won the bidding process and signed the agreement a year ago, has already received a preliminary financing proposal from the European Energy Efficiency Fund (EEEF), established by the European Commission and managed by Deutsche Bank and is now discussing technical details.

Gemmo Managing Director Aldo Bevilacqua said that the project could be a great example of Vilnius being a progressive city that uses energy efficiently and provides high quality public services.

"It would also provide strong proof that public and private partnership is functioning well in Lithuania and, therefore, future foreign investors would have no suspicions about the country's political or legal risks," he said in a press release.

The agreement between the local government and Gemmo is to come into force on 28 April, but the company has asked the city to clarify certain provisions of the deal and to postpone the deadline.

Under the agreement, Gemmo and its Estonian partner VSLS are to upgrade street lighting in the Lithuanian capital within two years, to invest 31.3 million euros and to operate and maintain the network for 18 years. The total value of the deal is estimated at some 98 million euros.

Vilnius' 44,000 street lamps were last replaced between 1997 and 2000. Some 89.5 percent of the infrastructure is worn out. It is estimated that the modernization of the network could help reduce electricity consumption by as much as 70 percent.

The Vilnius administration should hold partnership negotiations with Italy's Gemmo for another four...