BNS
aA
Energy Minister Rokas Masiulis says that the arbitration case to be filed against Lithuania by the French group Veolia is a distraction tactic, adding that the government might counter-sue over violations by its subsidiary Vilniaus Energija. 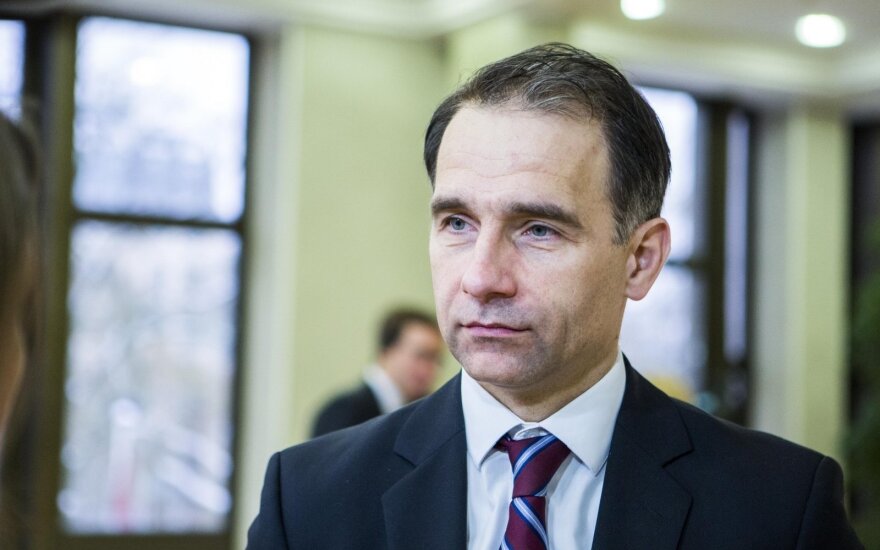 Veolia, which owns Lithuanian district heating grid operators Vilniaus Energija and Litesko, announced on Wednesday it was bringing a claim against Lithuania at the International Centre for Settlement of Investment Disputes (ICSID) in Washington. Veolia is demanding compensation, initially estimated at €100 million, for Lithuania's allegedly unfair treatment and expropriation of the company's assets.

"It is strange that Veolia is bringing its claims about investment against the state instead of its chosen partner in Lithunaua [the Icor concern]. Perhaps the arbitration case is distraction from the situation which is glaring for all heating consumers," Masiulis told BNS on Wednesday, adding he could not comment in detail before seeing the documents.

"It is possible that a suit could be brought against Vilniaus Energija, owned by Veolia, itself, since there is a lot of evidence of its improper actions. It seems to me that Veolia fired the first shot and will try to prove that it was wronged by the state and not vice versa," Masiulis added.

Veolia claims that Lithuania is unwilling to compensate it for losses suffered by its subsidiaries - Vilniaus Energija and Litesko - due to allegedly discriminating legislative changes and regulatory decisions and that it continues a persecution campaign against its companies for political reasons.

"I have much doubt about these allegations," Masiulis said. "I am certain that both the government's decisions and court rulings were fair. We are a European Union country, we have strong institutions and it is strange that there are doubts about these decisions."

He added that Veolia's disputes over leases of district heating grids should be settled with municipalities in question.

"The government's goal is to make sure that the companies [Vilniaus Energija and Litesko] operate fairly and that our consumers get the lowest possible heating price; this has been exactly our main objection to Vilniaus Energija," Masiulis said.

The French group Veolia , which owns heating companies in Lithuania, is suing the country for...

The National Commission for Energy Control and Prices has fined UAB Vilniaus Energija €600,000...

Energy company Vilniaus Energija has claimed that heating prices in Vilnius will soar due to...