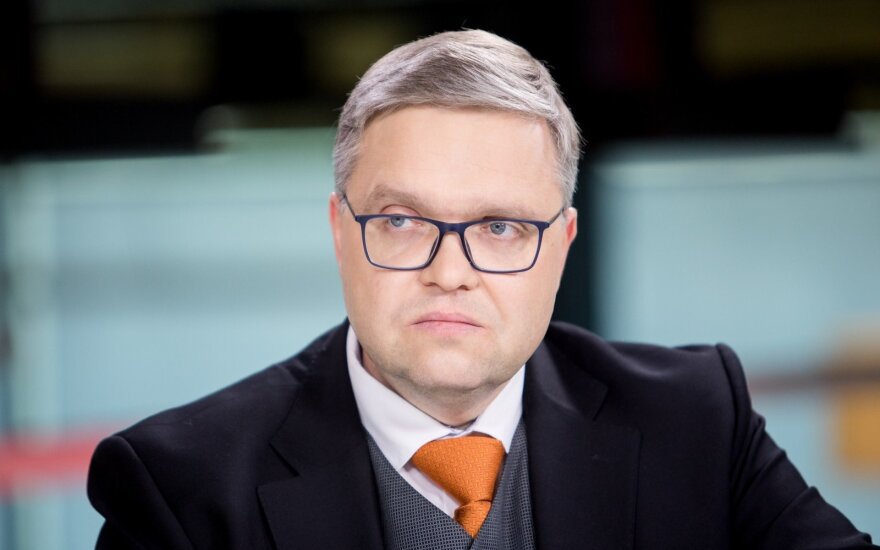 It is important to adhere to responsible economic and fiscal policies, Vitas Vasiliauskas, board chairman of the Bank of Lithuania, believes.

Attending the Toronto Global Forum held in Canada, Vasiliauskas said as global trade tensions continue to escalate and their damaging impact on the global economy is becoming increasingly more evident, policymakers must put collective efforts in order to avoid further deterioration of the economic outlook.

"With trade war drums beating loudly, there are no safe havens left. In such an environment, small and open economies become particularly vulnerable. And this is exactly the case with the Lithuanian economy which is sensitive to international tensions," Vasiliauskas said.

In his words, it is extremely difficult to forecast future trade relations between the major economies, with trade wars taking new forms the adverse impact of the continuing frictions on the global economy may become even more prominent.

"With China’s economic growth reaching its lowest level in recent decades and Germany standing on the verge of a technical recession, it becomes evident that we have to prepare for potential shocks, i.e. to adhere to responsible economic and fiscal policies and accumulate financial buffers," the Lithuanian central banker was quoted as saying in a statement issued by the Central Bank of Lithuania.

He also noted that extreme financial vigilance at all levels will be of key importance this autumn – both in terms of forming corporate, municipal and state budgets as well as planning family expenses.

In an effort to protect non-professional investors , the Bank of Lithuania is set to impose a ban...

The Board of the Bank of Lithuania issued two electronic money institution licences to SumUp EU...

Two more companies get licence from Bank of Lithuania

The Board of the Bank of Lithuania has issued two new licences: an electronic money institution...