BNS
aA
Vitas Vasiliauskas, board chairman of the central Bank of Lithuania, has called on lawmakers to turn to the European Central Bank for the latter to assess plans to introduce a banking asset tax in Lithuania. 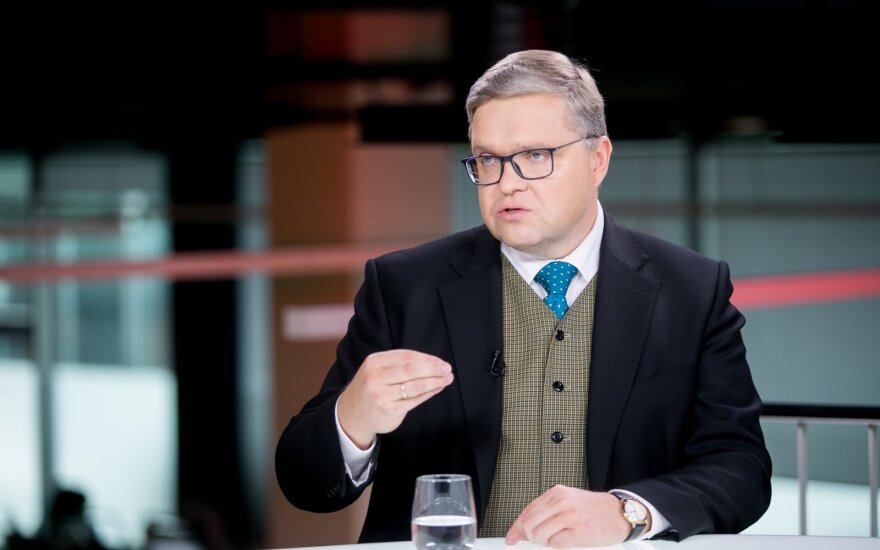 The Bank of Lithuania cannot initiate such a request, he said.

"I am asking you to do that. (…) Legally, we (the Bank of Lithuania – BNS Lithuania) cannot do that," Vasiliauskas told the parliamentary Committee on Budget and Finance, on Friday, as it was debating next year's budget.

The committee, however, already decided on Wednesday against turning to the ECB over the planned tax, despite demands by MPs Gintare Skaiste and Mindaugas Majauskas, both representing the opposition conservative Homeland Union – Lithuanian Christian Democrats, to ask the ECB for its conclusion on the matter. Skaiste said the parliamentary Legal Department lacked the ECB's opinion on the plan.

Valius Azuolas, the committee chair, said the committee would limit itself to opinions by Lithuanian institutions as yet as it's impossible to receive a swift response from the ECB.

"First of all, we need to ask Lithuanian institutions, (…) the ECB does not provide answers in a week," he said.

The Lithuanian government is now proposing introducing a 0.03 monthly rate tax on assets exceeding 300 million euros of banks, credit unions and other loan issuers as of next year.

Revenue from such a tax is already included into the 2020 state budget bill, estimated to stand at around 50-60 million euros.

But the Association of Lithuanian Banks says the proposed tax runs counter to the country's Constitution.

The government's 2020 budget bill projects a significant amount of questionable revenue from...

Following the assessment and proposal of the Bank of Lithuania , AB Fjord Bank has been granted a...