BNS EN
aA
Sheikh Abdullah bin Zayed Al Nahyan, the Minister of Foreign Affairs and International Cooperation of the United Arab Emirates, said in Lithuania on Tuesday that the countries should make efforts to step up mutual trade. 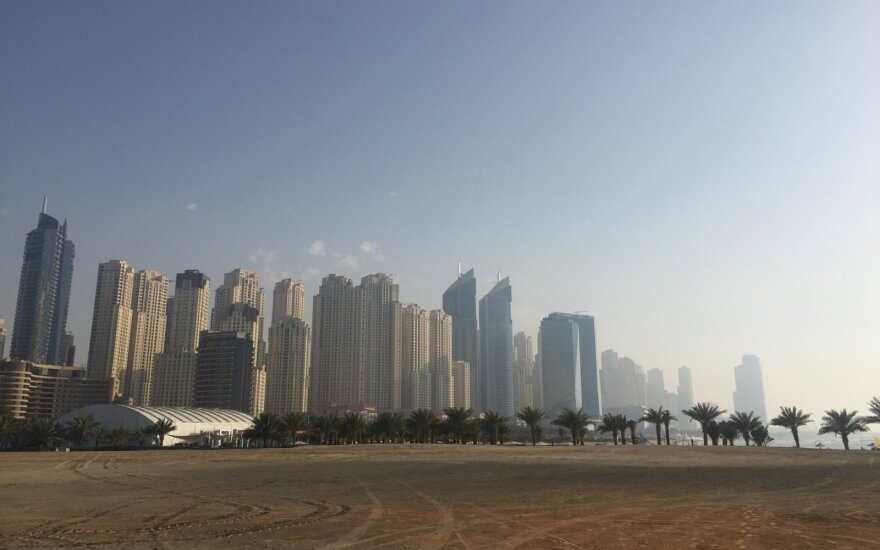 He spoke, as Lithuania continues searching for new markets after the 2014 food embargo declared by Russia. Vilnius is readying to open an embassy in the United Arab Emirates, the second-largest economy of the Persian Gulf.

"In terms of trade, I think that's an area where we should work far better on," the minister said at a joint news conference with Lithuania's Foreign Minister Linas Linkevičius.

According to data provided by the Statistics Department, mutual trade between Lithuania and the United Arab Emirates last year amounted to nearly 82 million euros, including almost 77 million euros in Lithuania's exports.

The mutual trade between Lithuania and the United Arab Emirates is growing due to the increase in Lithuanian grain and furniture exports. Lithuania's businessmen are also searching for opportunities to export other food products, especially meat and dairy products.

Lithuania's foreign minister, Linkevičius, said the country was also interested in cooperation in fields of information technologies and natural sciences. The UAE minister emphasized willingness to cooperate in renewable energy.

Lithuanian diplomats view the UAE market as one of the dozen of priority markets. Business interests caused Lithuania to consider plans of opening an embassy in the United Arab Emirates.

"We are very honored that we will see a strong Lithuanian presence in Dubai until 2020," said the UAE minister.

Lithuania's current Ambassador to the United Arab Emirates Arvydas Daunoravičius resides in Egypt, while UAE diplomatic envoy for Lithuania works from the embassy in Poland.

With salaries ten times higher salaries than in Lithuania, free accommodation, a personal driver and...

Lithuanian meat and milk processors and the Ministry of Economy have created a joint working group...

For the 6th year in a row, Lithuania retained its leading position in Europe in terms of fibre-optic...

Last week Lithuanian products were introduced in one of the major international food and beverage...

Egyptian formin assures Lithuanians his country is safe for tourists

Despite the presence of jihadists in some locations in Egypt , the country remains safe for...