BNS
aA
Lithuanian Environment Minister Kestutis Mazeika on Wednesday ordered the State Forestry Enterprise to halt clear-cutting at Punia pinewood, one of the most valuable forests in Lithuania. 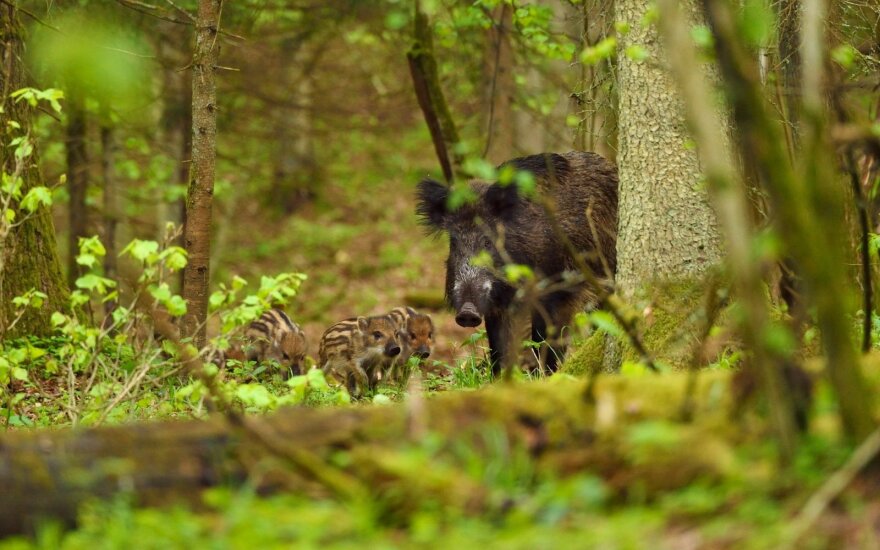 In a document available to BNS Lithuania, the minister orders a halt to clear-cutting, except for necessary selective sanitary felling and those necessary for the maintenance of young plantations.

The minister has also ordered the State Service for Protected Areas produce a draft document on the protection goals for Punia pinewood by December 1.

Mazeika told BNS Lithuania on Tuesday there are plans to ban tree felling and hunting altogether to protect one of the most valuable forests in Lithuania.

Last week, over 100 environmentalists and public figures turned to President Gitanas Nauseda, asking him to protect Punia pinewood, and also signatures are being collected under a petition, with 11,000 signatures already collected.

They also criticize Mazeikas' decision in the middle of July to stop the planned expansion of the Punia pinewood nature reserve and call on the minister to take action to protect one of the most valuable forests in Lithuania.

Punia pinewood stretches over an area of over 2,700 hectares and the existing reserve covered an area of 457 hectares. Under the initial plan, it would have been expanded to almost 2,200 hectares.

Last Friday, the president called for adequate measures to protect the country's unique places, like Punia, and also said he expected Mazeika's decisions on better legal regulation and better protection of one of the most valuable forests in Lithuania.

There are many hundred-old oaks and other trees at Punia pinewood, declared natural monument, and it is also home to more than 100 animals and plants included into the Red Boo of extinct and endangers species.

Fishermen and environmentalists disagree on protected areas in Baltic Sea

Fishermen in Lithuania are concerned about the European Union 's regulations to define protected...

There are much more problems in oceans than plastic: Lithuanian diver joined team to help (1)

A huge amount of plastic in a dead whale's body, dying seashore birds from plastic stuff in their...