BNS
aA
Lithuanian Transport and Communications Minister Jaroslav Narkevic said on Monday he respects President Gitanas Nauseda's position that he should step down, but will stay on because he has the support of the government and ruling coalition partners. 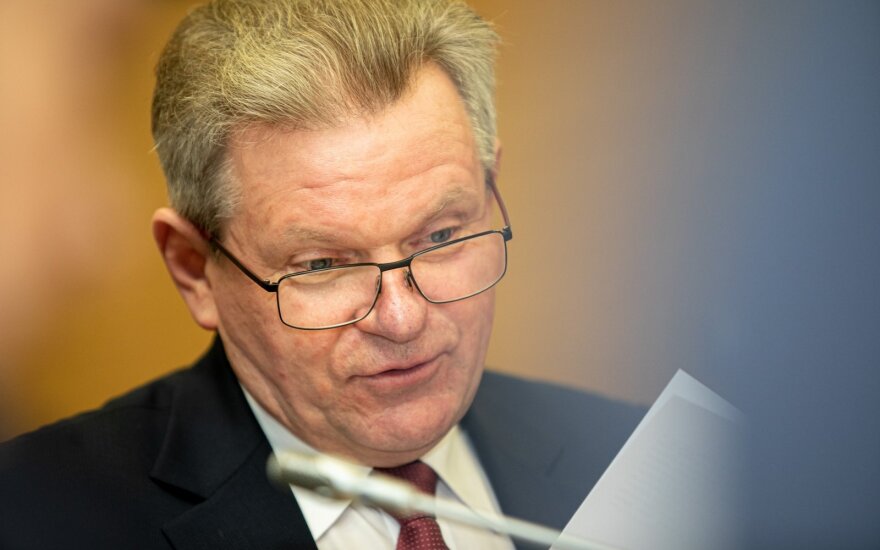 Narkevic also said he will discuss the situation with Prime Minister Saulius Skvernelis later on Monday.

"I take all comments very seriously and I also appreciate comments in my support by the chairman of the Electoral Action of Poles in Lithuania, the party that delegated me to the post, and by the coalition partners, Ramunas Karbauskis and Gediminas Kirkilas, and the position the prime minister has stated today," the minister told reporters.

"In short, I continue to work and make decisions on issues that are important to the state," Narkevic said.

"I respect the president's position (...). More information will come over time. Now, I'm concentrating on my work (...)," he added.

Skvernelis earlier on Monday threw his backing behind the embattled minister who has lately come under fire from the opposition and the president for a possible clash of interests.

The prime minister said he saw no legal grounds for the minister to step down, adding that he would not make any decisions that could lead to a collapse of the government coalition.

Narkevic said he had not yet discussed the situation with Skvernelis, who returned to work on Monday after more than a week's sick leave, but planned to do so later in the day.

Antanas Bubnelis, the president's spokesman, earlier on Monday reiterated Nauseda's position that the minister must step down due to a lack of confidence in him.

Narkevic has faced a barrage of criticism from the opposition for his decision to fire the management board of Lietuvos Pastas (Lithuanian Post), for his recent visit to the United Arab Emirates, for approving funding for the asphalt paving of streets in his constituency and the street leading to the prime minister's house, and other issues.

He was nominated for the post of transport minister by the Electoral Action of Poles in Lithuania–Christian Families Alliance after it joined the government coalition following last summer's presidential election.

Independent members of the management board of Lietuvos Pastas ( Lithuanian Post ) have refused to...