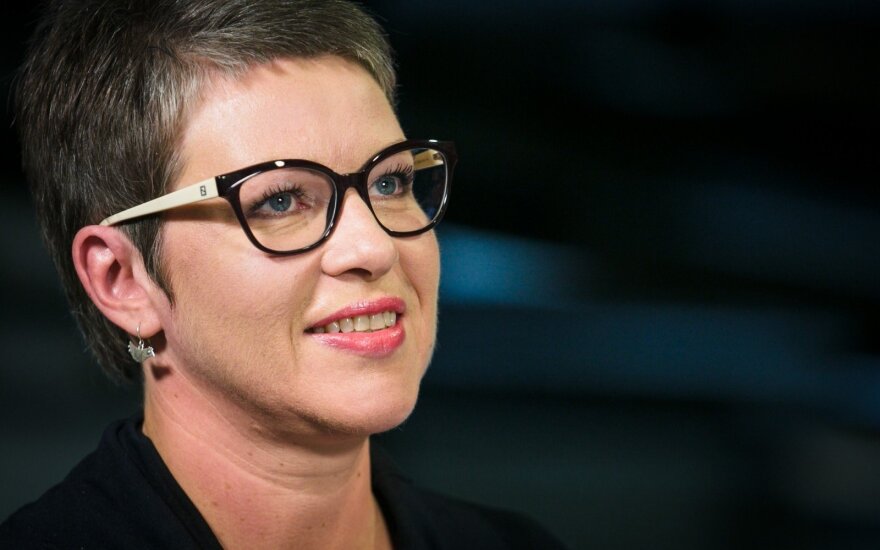 "I have decided to step down as the head of the State Tourism Department," Kazlauskienė told journalists after meeting with Economy Minister Mindaugas Sinkevičius.

In her words, the decision was in the back of her mind for a long time, with the final move triggered "by yesterday's events and the events of the past few months."

"I do not want the Tourism Department and the people working here, gifted people and sincere people along with their efforts to come under attack. I truly hope that my departure will enable the department (…) to efficiently carry out all of the planned activities," she added.

The economy minister said the ministry had opened a probe into the project to present Lithuania, adding that an internal audit would be conducted into the overall situation at the Tourism Department.

"Who would think it ordinary to promote and present your country by using another country's photographs? Is that a normal practice? I don't think so," said Sinkevičius.

"I think that if we present ourselves as a country, and we do have things to present (…), we should be showing them rather than some other objects," he added.

After 15min.lt news portal said on Thursday that authors of the Lithuania. Real is Beautiful page on Facebook use inexpensive illustrations from Shutterstock and Flickr portals, a wave of ironic entries flooded social networks, presenting world-famous objects as locations in Lithuania with the hashtag #realisbeautiful.

Prime Minister Saulius Skvernelis also stepped in, publishing on his Facebook wall a photograph of the European Commission's headquarters in Brussels with a description: Starting tomorrow, we are moving to a new government building in Karoliniškės (a neighborhood in Lithuania's capital Vilnius).

Gabrielius Landsbergis, the leader of the opposition Homeland Union – Lithuanian Christian Democrats (conservatives) published a photograph of US President Donald Trump and said it was a moment from the election for party leadership timed for this weekend.

The last year's tender for marketing on social networks, advertisement and content marketing services was won by a consortium of Open Agency and Turinio Rinkodara agencies for 140,000 euros.

Tomas Nemura, CEO at Turinio Rinkodara, told BNS on Friday that using photographs taken outside Lithuania was a mistake, which would not be repeated.

"Of course, it was a mistake, we apologize to the people who felt deceived and let down, as well as to our client," Nemura told BNS.

Kazlauskienė has been heading the Tourism Department since January of 2015.

According to data provided by Statistics Lithuania, 1.2 million foreigners used accommodation services in Lithuania in January-September of 2016, up by 11 percent year-on-year.

Lithuania's Economy Ministry has called the leadership of the State Tourism Department to explain...

Jurgita Kazlauskienė has been selected to head the State Tourism Department (VTD). Up until now,...

Lithuania will until 2020 use a new tourism brand to market itself to foreign tourists.

Following a scandal over the use of stock photos of other countries in the Real is Beautiful...

Lithuania's State Tourism Department has suspended the license of Travelonline Baltics after failing...