BNS
aA
Under the European Commission's proposal, direct payments to Lithuanian farmers would reach only 80 percent of the EU's average level within the next decade, Lithuanian diplomats say. 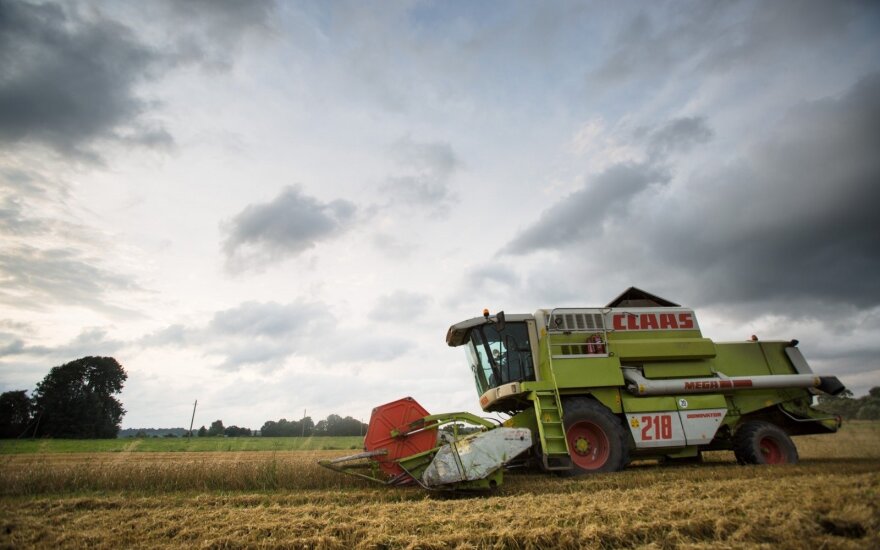 Government officials warned during a discussion in Brussels on the EU's new budget that this would mean a lost generation of farmers for Lithuania.

"Under the current proposal, we will have reached only 80 percent of the average when the framework ends in 2027," Deputy Foreign Minister Albinas Zananavičius told BNS on Monday evening.

"We said that it was too little too late. A whole generation of farmers will be lost, because in 2027 it will be 23 years since our accession to the EU," he said by phone from Brussels.

According to the official, these are preliminary estimates by Lithuanian officials based on "the best available information". The Commission is to present its exact proposal in early June.

Payments to Lithuanian farmers last year accounted for 60 percent of the EU average.

Zananavičius on Monday represented Lithuania in a discussion on the new EU multiannual financial framework for 2021 to 2027.

It was the first meeting of EU ministers after the Commission unveiled its proposal on May 2.

As would be expected, net contributors to the EU budget want it to be reduced and net recipients want it to be increased, the vice-minister said.

Lithuania calls for minimizing cuts in funding for the Cohesion Policy, which supports poorer EU regions.

Zananavičius says that Lithuania seeks that support should be phased out, rather than stopped abruptly.

"It's important that we don't have such a situation where (...) all the funding stops abruptly in 2021. This can not only bring the region's economic growth to a halt, but it can also lead to a recession," the diplomat said.

"It's very important that the funding doesn't stop very abruptly. A transitional period is needed," he added.

The new budget is set to decrease due to Britain's withdrawal from the EU. Allocations to cohesion and agriculture will be also cut to make room for financing new priorities, such as migration and security.

In the new budget, Lithuania seeks to secure the highest possible funding for the Ignalina Nuclear Power Plant decommissioning, the Rail Baltica project and the synchronization of its power grid with the Western European system.

Prime Minister Saulius Skvernelis will travel to Brussels next week to present Lithuania's position to the European Commission's top officials.

Lithuania voted on Monday against EU ministers' position on agriculture funding after 2020 as they...

The Lithuanian government's emergency commission proposed on Friday that the Cabinet lift an emergency...

The European Commission has decided to earmark 9.21 million euros in European Union (EU) support to...