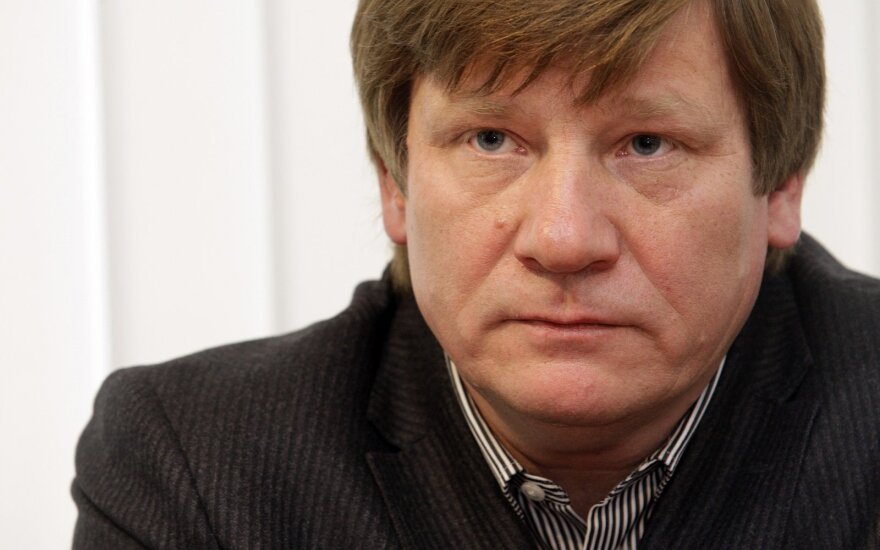 The deal was reported by delfi.lt news portal, saying that Elta was being bought by businessman Gitana Markovičienė who has left the Labor Party a few weeks ago.

"There were many buyers. (…) There were the Estonian owners of BNS (Eesti Meedia), they called and made an offer, which was not serious at all. As far as I understood, they wanted to monopolize the market or something. I thought this would not benefit Lithuania very much. Then there was (former 15min.lt and BNS CEO) Tomas Balžekas, however, this was more of an ambition to prove something to Estonians, it seems to me it had little to do with journalism," said Tomkus.

He would not disclose the value of the transaction: "The price was better than offered by BNS (owners)."

In Tomkus' words, the new owner will gain access to Elta's business and photograph archives. He said the deal would be finalized within a week.

Markovicienė could not be reached by BNS on Friday, however, she said in a comment sent to BNS that more details about the deal and Elta's plans would be provided after the deal has been closed.

Markovicienė, listing herself as economist, wrote articles to Respublika and delfi.lt on various political and economic topics.

Markovicienė, 40, has worked at Ukio Bankas, Swedbank and Danske Bank. According to her LinkedIn profile, she heads a company GM Media Invest, however, the company is not registered at the Center of Registers.

The departure of Tomas Balžekas , so far manager of the Lithuanian media business belonging to AS...

Tomas Balžekas , manager of 15min, one of the biggest news environments in Lithuania, and of the...

Ramūnas Šaučikovas will become the CEO of 15min, one of the biggest news environments in...

Journalist and reviewer Rimvydas Valatka has been appointed as editor-in-chief of the Lithuanian...

Tomas Balžekas , a former CEO of the 15min portal and BNS Lithuania, is buying the magazine...