BNS
aA
Lithuanian Transport and Communications Minister Jaroslav Narkevic, delegated to the post by the Electoral Action of Poles in Lithuania–Christian Families Alliance (EAPL-CFA), cannot sign a decision on the winner of a contract for the electrification of the Vilnius railway hub and the Kaisiadorys-Klaipeda railway, the party's leader said on Wednesday. 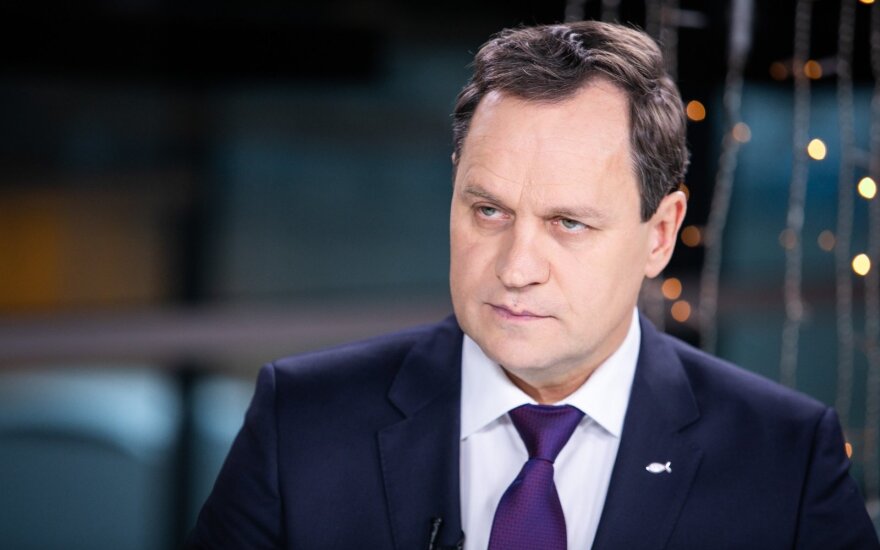 "It is obvious to everyone that the minister cannot sign that decision," Valdemar Tomasevski said at a news conference.

The planned 363-million-euro contract between Lietuvos Gelezinkeliai (Lithuanian Railways, LG) and a consortium led by of Spain's Elecnor is subject to approval by Narkevic as the state railway company's shareholder.

Tomasevski questioned the results of the tender process, noting that Elecnor's bid was 40 million euros more expensive than that of Spain's Cobra Instalaciones Y Servicio, the runner-up bidder.

The EAPL-CFA leader said he wandered why three phases of the electrification project had been combined into one.

"Why? It is a rhetorical question. Nobody can deny that (the aim was) to increase the size of the contract to prevent some companies from winning it," Tomasevski said. "The internal audit will look into all that information."

"Obviously, if there had been three stages, we could have completed at least one stage a long time ago," he added.

Once appointed transport minister, Narkevic initiated an audit of the tender procedures.

The minister told the parliament's Committee on Economics on Wednesday that the preliminary findings of the audit were ready, but gave no details.

He told BNS in late October that the audit would look at the potential implications of a decision to cancel the procedures.

Currently, electrified lines account for a mere 9 percent if Lithuania's total railway network, the lowest percentage in the EU where the average figure is 52.7 percent.

Lithuanian President Gitanas Nauseda called on Thursday on Jaroslav Narkevic to resign as the...