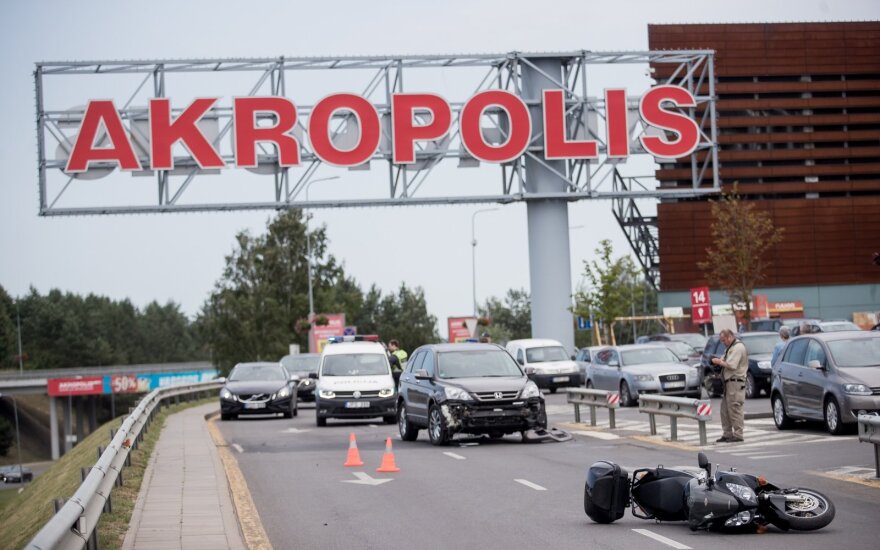 After investigating the complaint of Vilniaus Prekyba, which acquired Akropolis shopping centres, on Friday, the Supreme Court of Lithuania has overturned the unfavourable decisions of the Vilnius Regional and Appeals Courts and obliged the court of first instance to reassess the possible damage caused by Marcinkevičius. Information about court’s decision was given BNS news service by representatives of Vilniaus Prekyba. The Supreme Court of Lithuania held a non-public hearing of the case, thus the decision remained undisclosed. “The Supreme Court of Lithuania agreed on what we had been claiming from the beginning – that Marcinkevičius had been acting unlawfully, unfairly and abused his rights by halting the transfer of Akropolis shopping centres. We hope that the court of first instance will properly evaluate the damage done,” the representative of Vilniaus Prekyba Lukas Radžiūnas said.

Marcinkevičius' lawyer Kęstutis Švirinas told BNS that transfer of this property could not cause any damage. “In our opinion, this was not a conventional business transaction when the property is acquired by an entity unrelated to the seller. The subject matter in this case is not the sale itself, but the transfer of asset management rights when they went from one legal entity to another, thus any loses or damage are out of question,” Švirinas commented.

According to the lawyer, the decision of the Supreme Court of Lithuania opposes the decisions of the lower courts, which confirms that courts may disagree on certain issues, thus the case will reviewed. “My client’s position remains the same. The transaction in question was a conventional transfer of asset management rights from one legal entity to another involving the same person. Both parties to the transaction were controlled by the same shareholders, so no damage can arise from this transaction,” Švirinas said.

In May 2016, Vilniaus Prekyba from legal entity Relvit in Malta for more than 400 million euros acquired Akropolis shopping centres and legal entities managing or owning real estate objects – Akropolis Group, Akropolis Real Estate and Nikola Mushanov Projektas. In 2015, Vilniaus Prekyba wanted to buy Akropolis shopping centres for the first time, but Marcinkevičius tried to halt the deal in court, explaining that he lacked information to help him decide on voting. According to Vilniaus Prekyba, due to Marcinkevičius’ actions, the transaction was delayed for more than a year, and during that time the market value of the Akropolis had increased significantly, thus the price had risen for 81.2 million euros above the previous agreement.

Already for several years Marcinkevičius, having more than 10% of shares in various companies of Vilniaus Prekyba group, has been in conflict with the main shareholder of the group Nerijus Numavičius; businessmen both directly and indirectly have been defending their interests in court. In the summer of 2015, Marcinkevičius publicly announced that after his resignation as CEO of company controlling Akropolis shopping centres drastic changes had taken place: dozens of holding companies were set up in order to separate existing companies from the group's shareholders. Marcinkevičius claimed that in Vilniaus Prekyba “extremely aggressive” tax planning system was applied. Vilniaus Prekyba denies the accusations of tax evasion and claims that Marcinkevičius aims at withdrawing from the group under favourable conditions.

Dalius Misiūnas who is about start as the CEO of Maxima Grupė , operator of the biggest retail...

Court: Mindaugas and Gintaras Marcinkevičius must deny publicly some statements about Numavičius

The court has ruled that some public statements made by businessmen Mindaugas and Gintaras...