BNS
The testing of the Ignalina Nuclear Power Plant's new solid radioactive waste storage complex has revealed that a part of waste is more radioactive than thought, but this will not have any major impact on the decommissioning process, a former CEO said on Tuesday. 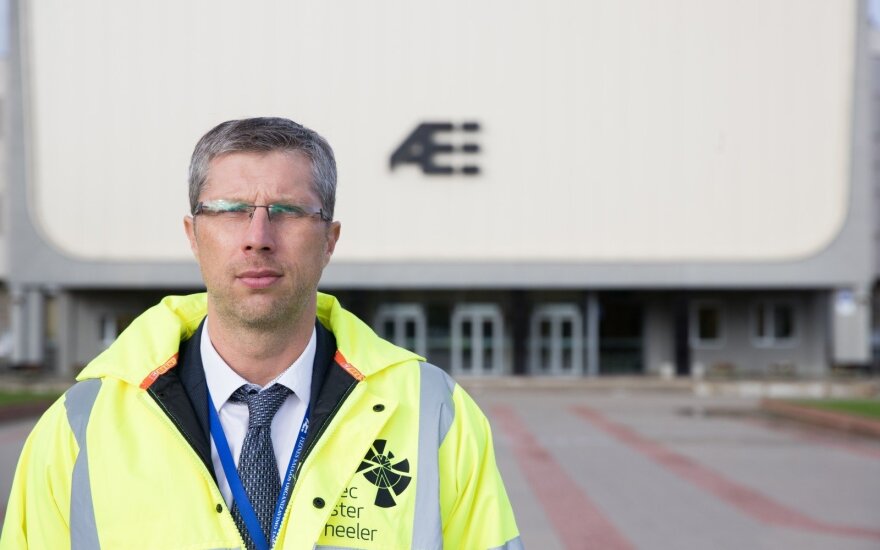 Darius Janulevičius, who resigned as the Ignalina plant's CEO in early January 2018, said that only around 1 percent of waste was found to have a higher radiation level during the hot tests in late 2017 and only a small part of casks used for transporting and storing that waste will need to be improved.

"This should definitely not (delay the closure process). This is a technical issue that arises while commissioning the facility and using radioactive waste to test how it operates. I don't think this is a significant event that could delay the decommissioning process," he told BNS.

According to the former CEO, the solid waste, a part of which was found to have a higher radiation level, continues to be safely stored in an interim facility built when the Ignalina plant was still in operation.

"This is making a mountain out of a molehill, because that waste with a higher radiation level, as far as I know, makes up about 1 percent of all waste. Most of the waste can be handled without problems, and only one percent requires adjusting the technological solution," he said.

According to Janulevičius, the casks meet the technical design requirements, but information on the radioactivity level of waste was rather old.

"Now that a higher radiation level has been established, the contractor and the customer are looking for an appropriate technological solution. These casks may need additional protection during their transportation and storage, but this is not something that cannot be solved," he said.

The new storage facility, worth almost 200 million euros, was built by Nukem Technologies, a German company controlled by Russia's nuclear energy giant Rosatom, and the casks were manufactured by Germany's GNS.

With the Nukem-GNS consortium and Lithuania arguing over the quality of the casks, international donors in December 2012 froze funding for the storage facility project, but resumed it in July 2013.

The Ignalina plant, Nukem and GNS in November 2015 signed a supplement to the facility construction contract, waiving all mutual claims.

In line with its pre-accession commitments to the European Union, Lithuania shut down the first unit of the Soviet-era facility in late 2004 and closed the second unit at the end of 2009.